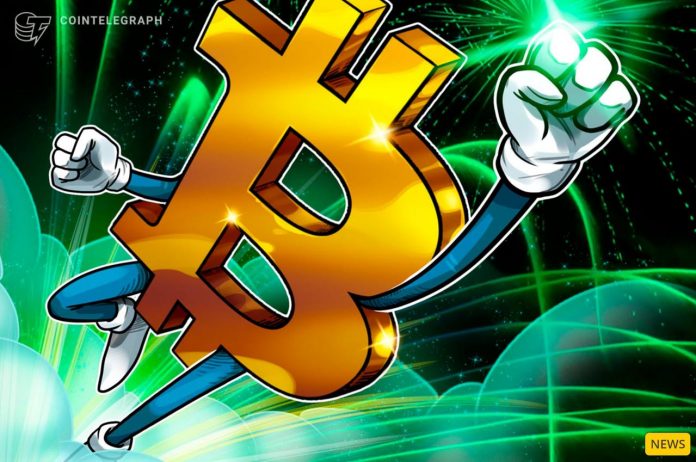 Bitcoin easily succeeds over other cryptocurrencies in multiple key areas, which all but guarantee its future as the standard, noted academic Konrad S. Graf has concluded.

In the second installment of a two-part interview with Eurasia Review published Jan. 1, Graf highlighted a plethora of “competitive advantages” inherent to Bitcoin.

Graf has sought to gain exposure for Bitcoin through academic essays, which expand beyond its mechanism of action to situate it within the broader economic system.

Bitcoin wins out over other forms of money — including other cryptocurrencies — largely due to its fixed supply.

“Bitcoin’s top competitive advantage… is its ability (to) restrict new issuance, the relative reliability of its methods for controlling unit production,” Graf summarizes.

Specifically, Bitcoin’s supply cannot be manipulated, nor can its maximum issuance — 21 million units — ever change to dilute it.

No entity, no matter how powerful in terms of computing power active on the network, can diminish the value of the existing BTC held by savers by increasing the supply. This is in direct contrast to cryptocurrencies with a mutable supply, such as Ethereum (ETH) and XRP, as well as all fiat currencies.

The above characteristic thus makes Bitcoin particularly useful for settlements from anyone to anyone, as a financial protocol immune to the trappings of fiat.

Here, Graf touches on Saifedean Ammous’ popular book, “The Bitcoin Standard,” which extensively examines Bitcoin’s advantages over fiat. Ammous likewise devotes space to how Bitcoin could function as a settlement currency without the need for middlemen.

“Ammous argues that it is in the — for most people quite arcane — field of settlements that Bitcoin could find some of its most competitive applications. It could become not only an in-common non-political money unit, but also a direct competitor to the SWIFT system and any other existing or emerging rivals to it,” Graf explains.

“In a world where conventional systems are also politicized, Bitcoin has an advantage of being “neutral” in the sense that it is controlled by none of the competing power blocks, which means that any and all could potentially participate.”

Against major altcoins, Bitcoin’s technical prowess means its position as a market leader has been obvious for years, says Graf.

As Cointelegraph has also frequently reported, hash rate alone has achieved an order of magnitude better progress than Ethereum or similar market incumbents.

“BTC currently has 97 exahashes protecting its network to BCH’s 2.5 exahashes, giving BTC a hash rate 39 times higher than that of even its next closest digital-cash competitor,” he continues.

That attribute also differentiates Bitcoin from imitators with very similar characteristics — the principle may be the same, but hash rate distribution, or centralization, and activity on those other networks pale by comparison.

It’s not an entity

On the topic of centralization, a final advantage Bitcoin has over “corporate” blockchains is its lack of weak points political actors can target.

That benefit has become all the more apparent in 2019, the year in which Facebook unveiled and subsequently faced a global backlash over its digital currency protocol, Libra.

“There is no CEO to summon to Washington for interrogation,” Graf concludes about Bitcoin.