5 Countries in Which Cryptocurrency Will Probably Be Legalized Soon 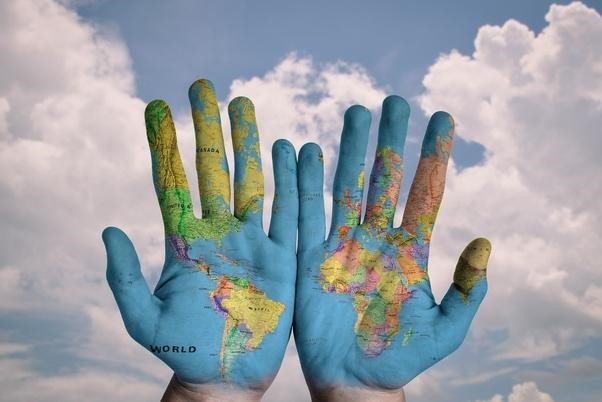 Cryptocurrency is a digital asset created to work as a medium of exchange. It uses strong cryptography to secure financial transactions, control the creation of additional units, and verify the transfer of assets. Unlike central banking systems, cryptocurrency uses decentralized control, which works through distributed ledger technology, also known as a blockchain, that serves as a public financial transaction database.

Cryptocurrencies, as we know, has achieved some level of success. People around the world use Bitcoin more than any other cryptocurrency, with the total number of Bitcoin currently valued at approximately $70 billion.

According to studies from reputable institutes on cryptocurrency, it is said that there will be a massive increase in the number of people actively using cryptocurrency. And that, one of the greatest advantages that will pull more people into the world of cryptocurrency is that, it has no locality and not owned by any government.

Cryptocurrencies and blockchain are one of the biggest trends presently. They are trends in both the present and future financial sector. Some experts have analyzed that its growth is expected to flourish in 2020, and the traders will only be welfare from its market growth.

The uniqueness of these virtual currencies is the fact it operates on a decentralized management program as earlier stated and countries that are keen on accepting new technologies will have the urge or desire to explore the blockchain technology and cryptocurrencies.

Governments of some countries decide to go against the use of cryptocurrency, going to the extent of relegating the technology of blockchain and cryptocurrencies just to hinder the spread of cryptocurrencies in the country. Some have even created anti-crypto legislation, and tough policies against any business or person wish to accept it.

While people and governments are still considering accepting this digital form of legal tender, some other countries in the world that want to explore the world of cryptocurrency and its benefits and they are willing to take the bold step of accepting cryptocurrency earlier than others not minding what it may cost.

Switzerland still maintaining its independence from the European Union (EU) and ranked number 1 in the world for economic productivity and a very high standard of living. There is a town in Switzerland called Zug and fondly known as crypto valley due to its policies concerning cryptocurrencies and some positive laws about crypto businesses. This city has given its approaches to Cryptocurrency taxation in some foreign languages from 2017. With online translation and proofreading services like The Word Point, you should be able to understand each other.

The economic minister of Switzerland announced in front of journalists at a private gathering on cryptocurrency their intention to become big players in the crypto-league. They seem to want to get back their reputation of financial privacy, and this can be made possible with cryptocurrency businesses.

Some of the banking firms in Switzerland, like the Falcon Private Bank (FPB) and Swiss quote banking group, among others, are planning to start crypto-related services. FPB just introduced crypto-related functionalities to its customers, while the other has openly announced its plan to begin crypto custody services soon.

The Switzerland bank called Vontobel with its headquarters at Zurich said it would start trading the country first two mini futures to short bitcoin in 2017. This will allow investors the opportunity to bet against the value of the cryptocurrency is to safeguard bitcoin’s position in the country. Even the swiss stock exchange has said Bitcoin and Etherum exchange-traded products would be offered very soon.

Gibraltar is a small country and a British Overseas Territory and headland, formerly ruled by the British, and both the British and Gibraltar pounds are used in the country. The small country located in the south of Spain also doesn’t want to be left out in these digital currencies.

Some banks, brokerages, insurance, investment, and financial institutions have their headquarters in Gibraltar. So many blockchain companies and many ICOs have also been attracted to the area as an attractive spot for doing business. The country was creating a legal framework for cryptocurrency business in 2018 for companies and businesses that are into cryptocurrency services.

This new framework is supposed to boost cryptocurrency and more clarification on issues concerning tax. Although, there has been an issue concerning the acceptance and processing of orders from crypto firms based in Gibraltar with the Royal Bank of Scotland (RBS), which is making it difficult for crypto firms to have a solid footing in the country.

But with the creation of all necessary machinery and policies by its government, it is certain that these countries will not only accept cryptocurrencies fully but also go big and be considered a haven for cryptocurrency.

Since the birth of cryptocurrency and as it gains popularity, the India government has decided to study it, and after years of studying, the Reserve Bank of India (RBI) first came with a conclusion that cryptocurrency is not accepted. They gave a clear report on cryptocurrencies, which is not beneficial to crypto-trader.

A draft was submitted to the India parliament saying that any trading related to cryptocurrency by private individuals or firms in India is illegal. Any transaction with any existing cryptocurrency is punishable by law, which implies years imprisonment. However, they have not shunned the concept of cryptocurrency; they just ban private crypto institutions only.

Recently, after the report was submitted on cryptocurrencies, there was another view of the government, which brought a little bit of relief to the tension concerning cryptocurrency. The government thinks it will be better to use its own regulated and centralized cryptocurrency to go with the trend.

This simply means there is no total ban on cryptocurrency, which is a sign of relief, and if they succeed in launching their cryptocurrency, then it will be fully legalized in the country.

There was an issued legal draft in the country stating that only the government body is allowed to issue currency, whether flat or virtual, and that decentralized cryptocurrencies should not be used as flat money. The South Africa Reserve Bank (SARB) has said that cryptocurrencies are not legal tender, and according to them, they defined legal tender as notes and coins officially issued by a bank.

Also, SARB has the sole right to issue any legal tender in physical shape in the form of coins and notes which cryptocurrencies don’t fall under these definitions. This means that the use of any cryptocurrency to make a payment or for any form of transaction is not accepted by law. However, the SARB does not have any objection to the use of cryptocurrency apart from a legal tender, and you use it at your own risk.

The government of Lebanon understands the prominent role that digital currency will play in the future and creating a favorable ground for cryptocurrency. Although, the central bank governor is still against the idea of allowing the use of the most popular cryptocurrency (Bitcoin) in the country because he feels it is not well regulated.

Although they have been past warnings from the Lebanese government officials about the use of Bitcoin and other cryptocurrencies, presently, there has been a forecast that a digital currency will be issued by the Banque Du Liban (BDL) in the next coming years.

The countries mentioned above are some of the countries that know the benefits of joining the cryptocurrency world but want to be careful. Some of them have their reasons for taking a slow step towards legalizing the use of cryptocurrency. Reasons like afraid of losing power over the digital currency and illegal action.

Lucy Hatcher is a professional writer who is currently working in the company The Word Point. Lucy is always full of new ideas as she loves to write.  She always seeks to find new opportunities for career and professional growth. Therefore, it is not difficult for her to write an interesting article on any topic.