The Fallacy That Blockchain Is Stuck in One Place 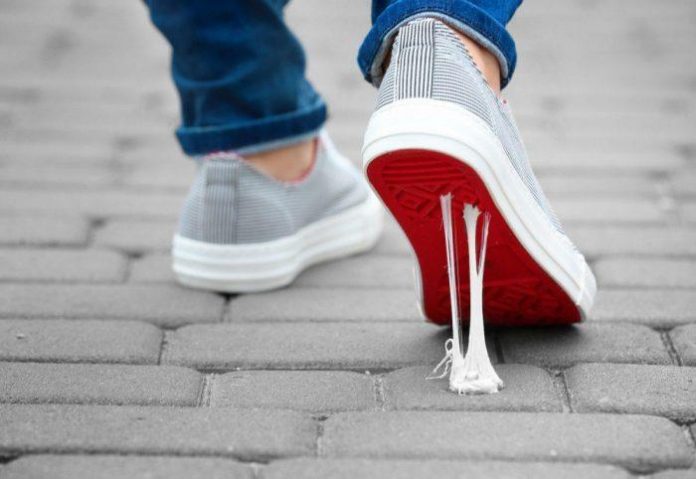 Michael J. Casey is the chairman of CoinDesk’s advisory board and a senior advisor for blockchain research at MIT’s Digital Currency Initiative.

The following article originally appeared in CoinDesk Weekly, a custom-curated newsletter delivered every Sunday exclusively to our subscribers.

One of the biggest rhetorical challenges blockchain advocates confront is something I’ll call “stasism:” their critics’ false assumption that the technology is in stasis, that it will never reach its potential because, in its current state, it’s too cumbersome, expensive or inefficient.

This, I believe, is one of two flaws in a widely circulated anti-blockchain screed by Bruce Schneier, who made no reference to the ongoing work of engineers, regulators, and business leaders who are constantly improving this new value exchange system so it can eventually work at scale in the real world. (The other flaw is that in attacking the myth of a “trustless” world where “math is law,” he created a straw man, since only the most naïve proponents of this technology share that nightmare vision of a system devoid of human authority.)

But the purpose of this column is not to pick a fight with Schneier, one of the smartest, most respected minds in IT security. That strikes me as a risky undertaking.

Instead, I want to point out a few breakthroughs from the past couple of weeks that have reinforced my belief in the ongoing inventiveness of the people working in this industry and, by extension, in the technology’s vast potential. This is not, by any means, an industry in stasis.

There are no doubt countless other new ideas and breakthroughs worthy of attention that won’t get a mention here. (I’m quite certain my Twitter mentions will again fill up with people accusing me of bias for not including their favorite new coin project.) So treat these merely as examples of a much wider creative process.

What I can say is that these ones stood out to me because they come from outside the box. This is how challenges faced by new technologies are always solved: by looking at the problem differently.

Consider Abra’s new product offering: a non-custodial wallet that uses the bitcoin blockchain to allow investors to get fractionalized exposure to the price movements of real-world capital market assets such as stocks, bonds and ETFs, all with as little as $5 down.

The service combines smart contracts, price feeds, and automated, on-chain execution to allow short-term price bets to be rolled over or settled in bitcoin without Abra taking custody of private keys or assets, according to the company. The model opens a host of new possibilities for disintermediated investment markets.

We’ll have to see how regulators react if this product takes off, but for now it looks as if Abra’s design has done an ingenious runaround of existing commodity and swaps trading rules. Abra is working under legal guidance that, because contracts created using its app will be rolled over or settled with “physical” delivery of bitcoin, and because the company has no role in that clearing process or in the custody of a customers’ keys, it is exempt from the Commodity Futures Trading Commission’s registration requirements.

Why this idea most matters, I believe, is that it leverages the power of bitcoin, not as a currency per se, but as an immutable, decentralized settlement system. The bearer instrument aspect of bitcoin is integral to the design, as it becomes the “commodity” being delivered, but it’s the prospect of decentralized, smart contract-executed settlement that contains the real power of this idea.

All the legal, regulatory and intermediation costs that go into protecting people’s rights in existing derivatives contracts, with multiple middlemen, lawyers and compliance officers taking their cut, are absorbed instead by the consensus-driven decentralized network running the blockchain.

It’s an outside-the-box model that opens up many possibilities.

The combination of the Internet of Things and non-fungible tokens means that a wider array of assets, whether physical goods or digital products, will soon be given tradable digital representation. Abra-style contracts could allow efficient hedging mechanisms and synthetic investment strategies to evolve around what is an almost endless array of assets.

What you still need, of course, are exchanges that match buyers and sellers of the underlying assets so that they enjoy efficient and effective price discovery (the price signal upon which Abra’s model depends). In essence, markets need a “place” for investors to meet and trade and a trustworthy means of broadcasting the price they agree to.

The problem is that investors have until now had to trust retail exchanges with custody of their crypto assets. These have been frequently hacked or subject to double-spends, creating a security hole that Schneier cited as a core reason people can’t trust public blockchains. This risk was also spectacularly brought home by the stunning story of QuadrigaCX’s failure following the reported death of its CEO.

So, what if investors could tap an exchange’s much-needed capacity for “matching” but retain full custody of their assets until they’re transferred to a buyer? That’s what Arwen, formerly known as Commonwealth Crypto, is aiming to achieve with the testnet release of its technology, now being used in beta form by crypto exchange KuCoin.

Arwen’s tech offers further validation for the development of “Layer 2” solutions that revolve around the combination of smart contracts, multi-signature lock-ups of assets, and “atomic swaps.” Other ideas for decentralized asset trading are being developed on top the Lightning Network and by projects such as the Komodo Platform.

Add to these advances the work on security token offerings, or STOs, by the likes of Polymath, Swarm and Securrency and we can start to imagine a future in which fractionalized claims of any size on mainstream, real-world assets are traded in a peer-to-peer manner and settled in real-time with very low risk.

Yes, there’s a lot of work that needs to go into all these projects to make them viable. And, yes, we still need to achieve scalability of the underlying functionality of blockchains, which involves some trade-offs. And, yes, there is a tendency among some crypto zealots to hype the ideas spawned by this technology in utopian terms.

But the people who will change the world are focused on building, not hyping. And they’re working on top of mostly open-source software that lets them collaborate, iterate, test and constantly improve their ideas.

Those are the people making progress in scaling challenges, with both on- and off-chain solutions, and they are the people who are thinking outside the box to build exciting new trading applications such those highlighted here.

If such work weren’t being done, well, sure, you could dismiss this field as an over-hyped, impractical solution in search of a problem.

But, just as it would have been wrong to assume that the Internet’s usability would forever be confined by the snail pace of 14.4 kbps dial-up modems, so too is it misguided to assume that blockchain technology is stuck in one place.