Have you ever wanted to mine cryptocurrencies through antivirus software on your computer? Soon you will be able to. 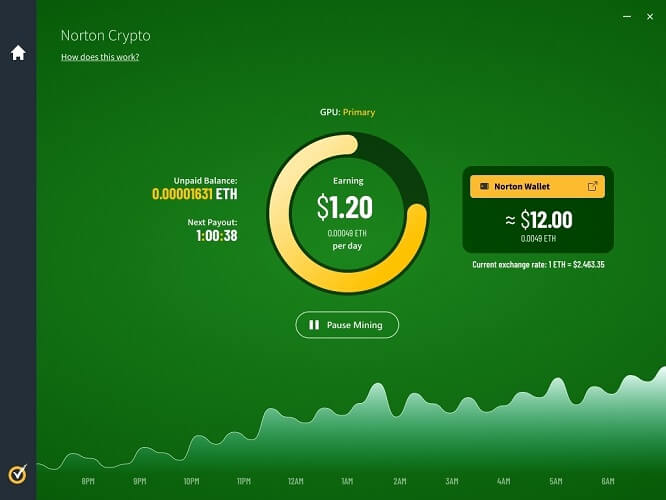 Last Wednesday, NortonLifelock — formerly known as Symantec — announced that it is adding an Ethereum mining feature to its paid antivirus product, Norton 360.

The program, as it works steadily ”behind the scenes” on the computer, also mines Ethereum and stores the results, not on a hard drive locally that can be damaged, but directly to the user’s Norton Cloud account. Gradually, all users of Norton software will have this feature in the next few weeks.

However, the operation will not be free.

The company plans to charge a coin mining fee for each participant.

Users will also have to pay if they want to transfer their Ethereum to another wallet.

The other issue is how the Ethereum community is working to phase out intensive GPU mining in the coming months. Therefore, the operation can be short-lived, although Norton could migrate mining to another cryptocurrency.

The cryptocurrency economy may be in crisis lately, but that doesn’t mean there aren’t those who see opportunities in crisis.