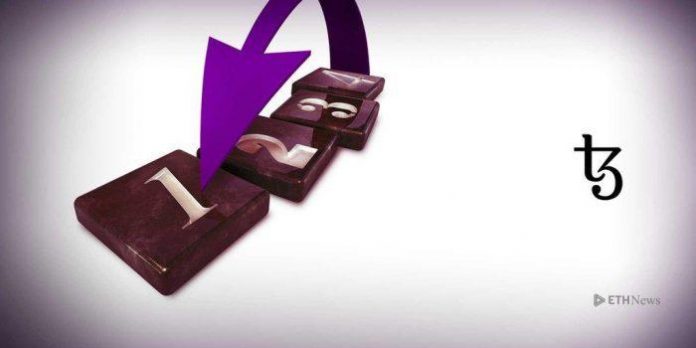 Lawyers for Dynamic Ledger Solutions, the company behind the Tezos token sale, today filed several motions that would put a class action lawsuit against it back to square one.

In October 2017, disgruntled Tezos investors began filing class actions lawsuits against Dynamic Ledger Solutions (DLS), the official name of the company Arthur and Kathleen Breitman ran as they planned the Tezos token sale. Last April, those disparate class actions were combined into one, with investor Arman Anvari named as lead plaintiff. But Anvari likely won’t be the lead plaintiff much longer, and that’s good news for DLS and the Breitmans.

First, a brief lesson on class actions: It’s not easy to be a lead plaintiff, but it is rewarding. In exchange for the time they spend taking part in court proceedings and engaging in discovery (i.e., exchanging and reviewing information), lead plaintiffs receive a much larger sum of any money recovered.

Anvari was selected as lead plaintiff through a process mandated by the Private Securities Litigation Reform Act (PLSRA). The lawyers representing him were selected in the same way.

It turns out, however, that he may not have been a great choice. ETHNews has obtained a filing made today by the counsel for Dynamic Ledger Solutions in the United States District Court of the Northern District of California. It indicates that:

“Anvari has – among numerous other shortcomings – made statements contradicting his allegations in this case … and has a long and ugly history of racist, anti-Semitic, and homophobic statements directed at the parties and others.”

Indeed, in one social media post, he allegedly used an anti-Semitic slur to refer to the Breitmans. Putting the bigotry aside, it appears as though Anvari, using pseudonyms, tried to buy Tezzies after the lawsuit had been filed. And, although he’s accusing Tezos of flouting securities laws, he “had previously made statements – some of them crude and vulgar – that blockchain-based tokens are not securities.” In short, as discovery proceedings wore on, he was looking like a less-than-ideal person to assume the mantle of leadership for all aggrieved Tezos investors.

Sensing major problems with their client, Anvari’s attorney’s, HGT Law and LTL Attorneys, filed a motion to replace him with another investor, Artium Frunze, who presumably doesn’t have a history of racist behavior or contradicting himself on the facts of his Tezos purchase. Meanwhile, on January 20, another group, Trigon Trading Party Ltd., filed a separate motion to serve as lead plaintiffs.

For its part, Tezos’ lawyers say they don’t care who is selected, but they believe the plaintiff should be selected in line with PSLRA process. In a motion filed today, the defendants make three requests:

First, they’re asking that the PSLRA process be restarted before substituting in a new lead plaintiff: “If the court grants Anvari’s motion to withdraw and to substitute, none of the plaintiffs who will control this legislation and represent the putative class will have been appointed by the Court through the process mandated by Congress.” This would be the lawyerly equivalent of a mic drop, but they weren’t finished.

Second, they want the new lead plaintiff to “file an amended complaint by a certain date and give DLS Defendants an opportunity to move to dismiss that pleading.” That is, the case up to this point has revolved around Anvari’s allegations. A new plaintiff involves different allegations, which necessarily require a fresh discovery period. More than that, it gives the defendants a second chance to get the case thrown out after failing to do so last year. And this time, they’ll be able to try out new tactics.

Last, they’re requesting that the court “deny the motion for class certification without prejudice.” Although, up to this point, the proposed class action has moved forward with Anvari as the lead, it’s yet to be certified by a judge. To be certified, the judge must determine that one case can adequately resolve everyone’s claims. This means their circumstances have to be quite similar. If the motion to certify is denied, a proposed class action instead remains a plain old lawsuit, with only the lead plaintiff(s) moving forward. In this particular case, the class certification process would be revisited after a new lead plaintiff is selected.

The initial mis-selection of Anvari as lead plaintiff, then, has been a huge setback for all those hoping to recoup lost investments – or what DLS calls “donations” – to the Tezos crowd sale. If the court grants the defendants’ requests, which seems probable, it will reset the clock and restart the process, pushing any possible compensation further away.