Confessions of a Venezuelan Bitcoin miner 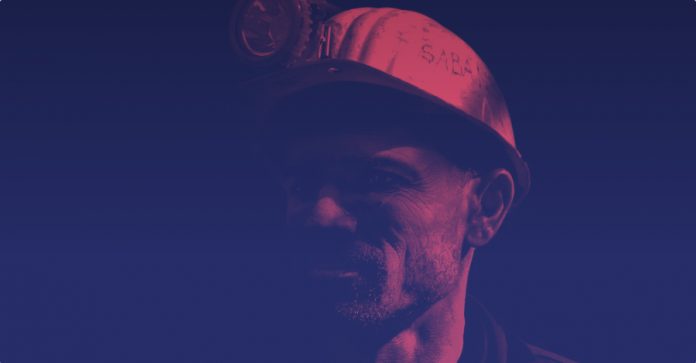 In Venezuela, electricity is practically free—when the lights will turn on at all. A country with some of the cheapest energy prices in the world should be a dream for cryptocurrency entrepreneurs in search of the most profitable places to mine Bitcoin.

But the severe economic crisis in Venezuela, coupled with widespread corruption throughout every level of government, might make Bitcoin enthusiasts think twice about setting up shop in this would-be mining paradise.

A few weeks ago, a Venezuelan Bitcoin miner, Juan Blanco, took to social media to recount what he described as pressure and intimidation tactics from the Venezuelan government over his activities—including attempts by national police to shake him down for cash, he claimed.

Blanco said he received a call from a business associate warning him that the police had raided his mining farm and were attempting to seize 15 Antminer T15’s from his property. The issue, according to Blanco, stemmed from a lack of invoices for his business and proper registration of his mining operation with the country’s cryptocurrency regulatory authority, Sunacrip.

While Bitcoin mining in Venezuela is technically legal, the practice is highly restricted. Since it provides miners with a hefty profit, valued in U.S. dollars, authorities keep a close eye on these operations. Dollars, after all, were until very recently forbidden by President Nicolás Maduro’s government, and still highly sought after by the populace.

Intrigued, Decrypt reached out to Blanco to learn more about his experience. The Venezuelan entrepreneur and member of the country’s National Cryptocurrencies Association (Asonacrip) has spent several years bulding his Bitcoin-based business. He now says he fears that the harrassment he’s faced in recent weeks is only just beginning.

“I think I’m ‘marked’ by both the police and the community.”

Blanco told Decrypt that, during the raid, officers forced him to produce his invoice data, which he kept in the cloud, as well as register with Sunacrip on the spot to avoid confiscation of his hardware. The problem is that registering as a miner with Sunacrip had been, and continues to be, impossible for most people—since the website that the government created for this process remains disabled.

But despite getting the necessary paperwork squared away, the Bitcoin miner said officers still attempted to seize his hardware. Though they ultimately relented, he said police took photographs of his equipment and asked invasive questions about how much money he made mining and what he did with the profits.

The experience has forced him to relocate his business. “I think I’m ‘marked’ by both the police and the community,” Blanco said.

Being ‘marked’ is a term that is well understood by Venezuelans. Once outed as a person with a large income in U.S. dollars, Venezuelans are at risk of becoming a target for both criminals and corrupt cops. And given the nature of the business, Bitcoin miners make for prime marks.

Indeed, Blanco’s story isn’t unusual—bitcoin miners in Venezuela have reported harassment from police time and time again within the last few years. In fact, Blanco claims that less than two weeks before the raid on his bitcoin mining business, the national police conducted a similar operation on a Dash farm. He said the police in this case succeeded in seizing all of the equipment “and everything generated by it,” including the cash the owner had on hand.

Venezuelan authorities at Sunacrip and the national investigative police (CIPC) did not respond to Decrypt’s request for comment.

And yet in spite of the police raids, threat of property seizures, and bureaucratic hassles, Blanco said he believes the highly lucrative rewards from bitcoin mining in Venezuela still outweigh the risks.

“Venezuela is the best place in the world to mine,” he said, based on the cost analysis alone. Mining a single bitcoin in Venezuela costs around $520, he explained, while costs in the United States or China, can exceed $4,000.

By comparison, according to statistics from Global Petrol Prices, the average cost of energy in the United States is $0.14 per kilowatt hour. In Iran, another hotbed of bitcoin mining in the face of government repression, the price is $0.03 per 1kWh. In Venezuela, the cost is virtually nonexistent.

“Mining in Venezuela is growing fast,” said Blanco. “What has stopped the growth a little is how difficult it has been to get the equipment that is manufactured in China.” The Venezuelan government imposes strict restrictions on imports of electronic equipment, which makes mining hardware prohibitively expensive for most Venezuelans. For example, an Antminer S9 that costs less than $500 on Amazon, or about $300 on the official Bitmain website, is sold for around $1500 in Venezuela.

On top of that, a prolonged electricity crisis in Venezuela has had a significant impact on mining businesses in the country—not to mention the overall quality of life of the country’s residents.

Nationwide power outages have for the last week left much of Venezuela in the dark—blackouts that President Nicolas Maduro has blamed, without evidence, on an “electromagnetic attack” waged by political opposition both within his own country and in the United States.

Whatever the cause, as the lights slowly begin to come back on throughout the country, those with high economic hopes invested in bitcoin are no doubt eager to get back to the risky business of mining.