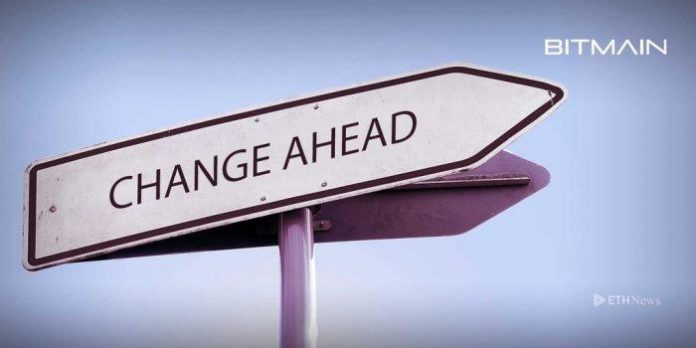 With a new CEO in place, the manufacturer now has to consider what kind of losses it will have to report with a second IPO listing application.

Crypto mining equipment manufacturer Bitmain has published an official blog post outlining the company’s decision to name a new CEO and what it plans to do with its initial public offering (IPO) application with the Hong Kong Stock Exchange (HKEX), which has recently expired. While Bitmain says the IPO listing process made the company “more transparent and standardized,” applying a second time could raise more questions about Bitmain’s future.

In November 2018, ETHNews covered Bitmain’s chief executive restructuring when Nishant Sharma, the company’s international marketing manager, reported that co-founder and co-CEO Jihan Wu would reposition and continue on with the company as a director. More recently, in January, the South China Morning Post reported that two unnamed sources believed both Wu and cofounder and co-CEO Micree Zhan would be replaced with Haichao Wang, Bitmain’s director of product engineering.

As it turns out, the two unnamed sources were right, as the company confirmed in its blog post that Wang has been appointed as CEO of the company, citing his experience in the chip industry and his leadership of several departments at Bitmain. However, Wu and Zhan will not be leaving the company. The blog post says its two former co-CEOs will stay on as directors, working to “guide the company’s strategic development.”

One of Bitmain’s strategic developments, its IPO application with HKEX, has taken a hit with Bitmain’s post, explaining that the application had “reached its 6-month expiration date.” Bitmain first announced its plans to apply for an IPO in June 2018, with hopes that an IPO listing would help raise $3 billion, allowing the manufacturer’s backers to realize a return on their investments. However, when Bitmain filed its IPO prospectus in September 2018, questions were raised about the company’s poor quarterly results. Bitmain had combined its Q1 and Q2 revenue, instead of separating the two periods, and reports indicated that Bitmain lost as much as $400 million in Q2.

According to Bitmain’s blog post, the company does plan on reapplying for an IPO listing “at an appropriate time in the future.” If and when Bitmain refiles its IPO application, the company will need to provide additional financial records beyond what was included in its first filing. According to HKEX listing rules, Bitmain will have to provide financial reports that are fewer than six months old from the date of its IPO application. Given that Bitmain’s initial prospectus only covered the first six months of 2018, its second application will have to include a financial report for its third quarter, which, CoinDesk reported in February, saw Bitmain lose about $500 million.