Dialogue, Dissent, And Development In The Ethereum Community 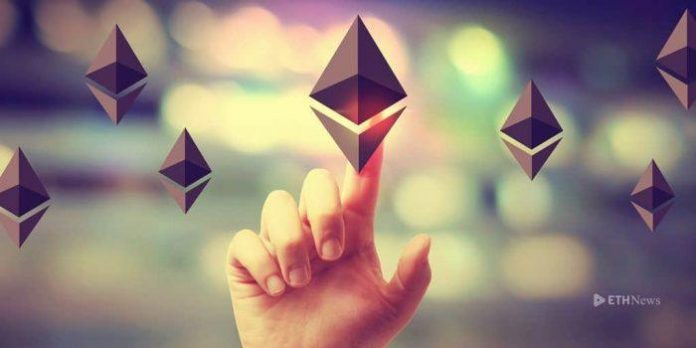 On inclusivity in the Ethereum community, and – bear with me, here – my feelings.

In my short time as a voyeur of the Ethereum community, generally speaking, I’ve found the state of discourse refreshing and inspiring. Whereas feuds and vitriol proliferate around certain other blockchain communities, Ethereum seems more chock-full of all things pleasant and lighthearted: unicorns, rainbows, and cat shirts. Not to mention all things gender-inclusive and socially conscious: drag shows, sex positivity, and Devcon scholarships for individuals from underrepresented populations!

Ethereum’s whole mission of a decentralized, collaborative platform is incredibly ambitious, idealistic, and, frankly, optimistic. Sometimes the enthusiasm is infectious. Karl Floersch is a great example of this. I see videos where he talks crypto economics, or Plasma, and he’s just effervescent. His cheer is palpable and I can’t help but smiling. Other times, it’s Vitalik’s steady equanimity I find so refreshing – that he maintains ambition and hope alongside his skeptical criticism.

I happen to spend a lot of time on Twitter (for work, of course ?), and I follow folks from across the cryptosphere. If I want to submerge myself in a pool of negativity and loathing, I know just whose page to visit. If I want to find thoughtful commentary and discussions, or information about recently launched platforms and partnerships, I know where to find that too. I rarely find the former, and often find the latter, in posts from the Ethereum community.

So this morning I was surprised to run into a pretty venomous back and forth on one notable core dev’s page that apparently led to his deletion of the Twitter app (ostensibly just from his phone – the account is still up).

Now, I’m not here to take sides about the underlying disagreement. For that reason, I am not going to give space for the particulars. I think this is a situation where both parties are coming from relatable and true (though oppositional) positions, and both have some fault in the argument at hand. I’m more interested in how dissent is handled, how change is affected, how people are treating each other. And I think on that note, the answer is “obviously not good.”

This time around, the criticism was for a man’s ideas, but I’ve also seen petty criticism of his appearance. And both times I felt defensive and protective of this person I’ve never met – but more than that, I felt protective of the Ethereum ethos.

“Respect and pragmatism have been cornerstones of the Ethereum community from day one. There is by far more collaboration than toxic competition in the ecosystem which attracts … talented developers who perpetuate kindness and collaboration.”

The Golem Project’s communication director, María Paula, told ETHNews that, in general, the Ethereum community is incredibly inclusive. This is something she works hard to facilitate. She tries to bridge the communication gap between technocrats and your average person. In other words, she helps people outside the incredibly narrow crypto space see the value in it, and she also helps increase awareness within the tech space of social and political issues like gender inclusivity and sexual diversity.

When I asked her if she ever felt othered as a woman in the Ethereum space, her answer surprised me: “Not at all. Not once. I have never suffered any disrespect in Ethereum community – not even asked for a date – I have been treated extremely professionally.”

Her words were comforting to me. She emphasized the inclusivity and sense of community within the Ethereum culture. “If you have good ideas, and you are helping in the community in a consistent and serious way, then [the Ethereum community] will take you in and stand by you and protect you.”

Not My Community, Yet.

Don’t get me wrong, I’m new here. Six months ago I hadn’t heard of Ethereum, and I am not a developer. This isn’t yet my community. But that’s actually kind of the point – I feel like it could be. There haven’t been many spaces, digital or physical, that have felt like they were built for someone like me.

I’m not one to believe the hype. I’ve never been much of a joiner. I tend to be deeply skeptical of literally everything. I also believe deeply in human capacity for good, though I do not believe it’s our default function or the core of who we are. I believe that to increase goodness in the world, systems must incentivize it – must make the right and good option the easiest option.

Considering that, some days Ethereum feels like it might be for me. Better yet, it feels like a space I could maybe even help shape. I’m even thinking about learning how to code (but that’s another story). But the last few months I’ve just been dipping my toes in. Learning. Reading. Writing. Observing.

But this morning I was surprised my own reactions to what is essentially just a Twitter feud. One person’s need to step back from the conversation reflected something of my own fears. But what I think is more interesting than what it says about me, is what it says about the Ethereum community. It tells me that the discourse in the space is sufficiently intelligent, respectful, thoughtful, and tactful that it’s been slowly wooing me over. Whispering its sweet little coded philosophies my way, beckoning me with its metaphorical finger. It made me feel – dare I say it – safe.

Alison is an editor and occasional writer for ETHNews. She has a master’s in English from the University of Wyoming. She lives in Reno with her pooch and a cat she half likes. Her favorite things to do include binge listening to podcasts, getting her chuckles via dog memes, and spending as much time outside as possible.