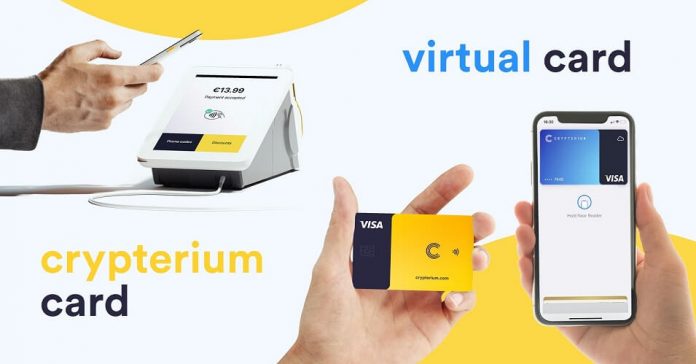 In late 2017 when Bitcoin and other digital assets became quite popular, the consensus amongst enthusiasts was that the new tech would quickly unseat traditional financial systems. Cryptocurrencies rose to fame under the promise of transparency, immutability, lower fees, and global participation. However, 3 years down the line, digital assets are yet to unseat traditional systems. Instead, a rather interesting shift is happening within the cryptocurrency space.

Cryptocurrency firms are beginning to understand that rather than try to reinvent the wheel, existing traditional solutions have a role to play in the global acceptance of digital assets.

“We have to admit that the infrastructure of the payment networks of companies like Visa and MasterCard are huge; you’re not going to rebuild that… So reusing the rails that already exist is a way to get quick adoption, and to create sort of hybrid solutions.”

And this is absolutely true. Whilst the supposed benefits of digital assets as a means of payment are immense, the concept is still relatively new. Some have approached it with skepticism while others are yet to understand the details. To an average user, the primary question still remains “how and where can I use my cryptocurrency?” It is therefore obvious that crypto firms have to in one way or the other work with existing solutions that users are familiar with.

The growing number of crypto debit card offerings further reinforces this line of thought. An in-house industry research conducted by Crypterium in 2019 claimed that the average monthly turnover of crypto firms who offered debit card options increased by three times.

With this in mind, Crypterium is positioning itself to maximize this turnover trend and push the frontiers of global crypto adoption. The UK-based startup which recently closed a deal with Visa card to issue debit cards to its European customers has recorded yet another milestone.

Crypterium has announced its long-awaited partnership with Apple Pay. To put things in perspective, as at September 2019, Apple Pay had over 440 million users worldwide. The partnership will allow Crypterium to issue virtual cards to its users. Consequently, new users can choose between receiving a plastic card, a virtual card, or both after meeting the necessary KYC requirements.

Users who already ordered a plastic Visa card can get a virtual version by simply setting a 3D passcode to activate it.

Talking about fees, ordering the virtual Visa card comes at zero cost for Crypterium users. Using the Crypterium app and ultimately the plastic or virtual card however attracts a monthly maintenance fee of €2.99. To waiver the monthly fee, a user needs to load at least €299 a month on both the virtual and plastic cards.

Once activated, users can load their cards instantly with any amount from €2 to €5000 daily. Furthermore, as of September 21, 2020, Crypterium users had the option to manually add either their plastic or virtual cards to Apple Pay.

The Crypterium virtual card has been designed explicitly for online shopping, subscriptions, and payments. The card can be used in any store (online or offline) that accepts Visa as a payment option.

Speaking on the partnership Parker said:

“Our world is always changing, first from paper bills to plastic cards. Now from plastic cards to virtual cards. That’s why the Crypterium team worked on making the option for users to integrate their virtual card with Apple Pay a reality. Why wait for a plastic card, when you can get a virtual one instantly? At Crypterium, we believe that digital technology is the future.”

Apparently, Apple Pay will not be the last on the company’s list. Its development team is already working on releasing an update that will allow users to integrate their virtual card with Google Pay.

Pando Coin, regarded as one of the pioneers in...
Read more
Press Releases