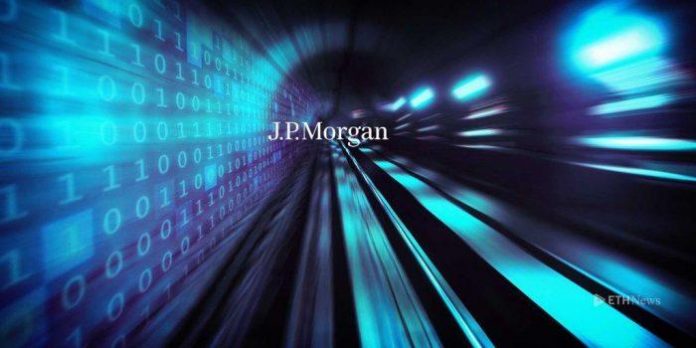 Until now, global banks and corporations have relied on traditional wires to transfer value. J.P. Morgan’s digital coin, the JPM Coin, is poised to change that.

Picture this: You’re the treasurer of a giant oil refinery who needs confirmation that a payment to the crude producer based overseas went through. A tanker full of crude is sitting in the Gulf of Mexico, also waiting for payment confirmation before it can head into port. Time, of course, is money, and in this case, worth well into the millions.

You, the anxious treasurer, had previously given your primary commercial-services bank instructions to make a wire transfer on your behalf. But that was 28 hours ago. Everyone’s still waiting. If the wire doesn’t confirm in the next three hours, a big transaction could be foiled. You will catch an earful, at the very least.

Enter J.P. Morgan with a novel way to rescue the treasurers in this boat. The JPM Coin, which the bank announced today, is a digital coin representing US dollars held in designated accounts at JPMorgan Chase. This program is in test phase for now. But because JPM already “banks” 80 percent of the Fortune 500, veritably all companies with large and frequent money transfer requirements will eventually be able to tap into J.P. Morgan’s treasury services, either directly or via a US payments system on-ramp.

Each JPM Coin is 1:1 redeemable in fiat currency held by J.P. Morgan (e.g., USD). As such, the coin’s value shouldn’t fluctuate, similar in concept to so-called stablecoins. Moreover, each JPM Coin represents fiat currency and as such is designed to instantaneously transfer value. This is uplifting news for institutions and companies who have long been tethered to traditional money transfer mechanisms.

J.P. Morgan proclaimed the first-mover’s advantage by declaring itself as “the first U.S. bank to create and test a digital coin representing a fiat currency.” The JPM Coin will be issued on the bank’s own Quorum Blockchain and subsequently extended to other platforms. Beyond that, said the bank, JPM Coin will be operable on all standard blockchain networks. All this is designed to make a dramatic dent in the typical settlement time for so-called wholesale payments. That’s just what the chronically hapless corporate treasurer has been waiting for.

CNBC’s banking reporter, Hugh Son, observed earlier this morning that “J.P. Morgan is preparing for a future in which parts of the essential underpinning of global capitalism, from cross-border payments to corporate debt issuance, move to the blockchain,” the technology that birthed the bitcoin. “But for that future to happen,” Son continued, “the bank needed a way to transfer money at the dizzying speed that those smart contracts closed, rather than relying on old technology like wire transfers.”

In its announcement, the bank explained that “exchanging value, such as money, between different parties over a blockchain requires a digital currency, so we created the JPM Coin.” Umar Farooq, head of J.P. Morgan’s blockchain project, enthused, said, “[A]nything that currently exists in the world, as that moves onto the blockchain, this would be the payment leg for that transaction. The applications are frankly quite endless; anything where you have a distributed ledger which involves corporations or institutions can use this.”

Farooq told CNBC that the first applications for the JPM Coin is for international payments for large corporate clients. Instead of traditional interbank wire transfers that can take more than one day to settle, the payments made using the JPM Coin will settle in real time, 24/7.

J.P. Morgan has in the past voiced skepticism (most notably, CEO Jamie Dimon) about cryptocurrency. But according to Farooq:

“[W]e have always believed in the potential of blockchain technology and we are supportive of cryptocurrencies as long as they are properly controlled and regulated. As a globally regulated bank, we believe we have a unique opportunity to develop the capability in a responsible way with the oversight of our regulators.”

Still, a lot remains to be seen as corporate finance pros and institutional compliance officers see what this test phase delivers. After all, the bank’s previous testing involved the movement of money between a client account and a J.P. Morgan account using the new technology. It’s a start.

Mary Driscoll covers finance and business trends as a staff writer for ETHNews. She formerly served as an editor for management and finance at the Economist Intelligence Unit and a research principal at APQC. In addition, she has written for The Wall Street Journal CFO Report, HBR-online, and strategy + business. Her book on corporate treasury management was published by John Wiley & Sons, Inc. Mary enjoys hiking and skiing in the Sierras with family. Her goal in life is to win big on Jeopardy.