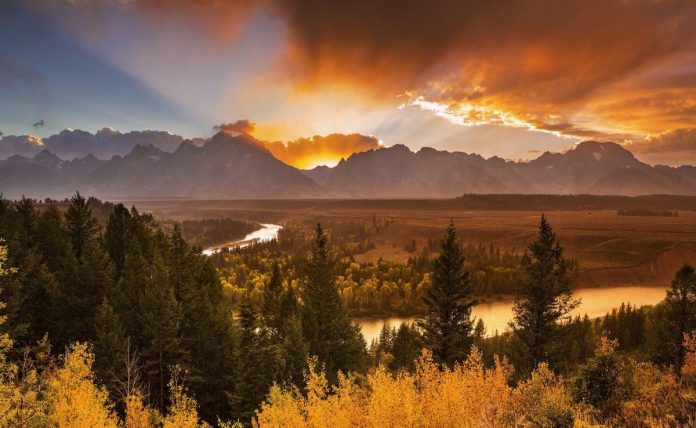 A county in the blockchain-friendly state of Wyoming is planning to put its land registry on a distributed ledger.

Teton County (pop. 23,265 ), which includes the town of Jackson and part of Yellowstone National Park, has signed a memorandum of understanding (MOU) with Medici Land Governance (MLG). The startup,  majority-owned by Overstock.com’s blockchain investment arm Medici Ventures, will build the new registry on the Open Index Protocol (OIP).

The new system will keep track of land transactions, such as mortgages, releases of liens and similar records, starting from 1996, Overstock said in a press release Thursday, adding that it will preserve existing privacy protections and public access.

“The title information that is obscured for viewing on the current system will also be obscured from the blockchain-based system, but all public records will be available at the county clerk’s office,” the release says.

“We are proud to see Wyoming lead the way in implementing cutting-edge technologies, such as blockchain, into existing markets like land registry,” Sherry Daigle, Teton County’s County Clerk, said in the press release, adding that if the new system succeeds, it can be expanded into other Wyoming counties.

OIP indexes files from storage or distribution systems such as IPFS and others using the Florincoin blockchain.

“I’d heard Wyoming was working to proactively welcome blockchain and I wanted to support their efforts,” OIP co-founder Devon James told CoinDesk via a spokesperson. “I began attending Blockchain Task Force meetings and contributing to their public discussions, but I was particularly interested in their ‘Real Property Records on Blockchain’ initiative because the specification we’ve been working on for almost 5 years …is a worldwide public database where anyone can publish, read, display, sell or audit the records, making it a perfect fit for their use case.”

According to Caitlin Long, a co-founder of the Wyoming Blockchain Coalition and ex-chairman of the enterprise blockchain startup Symbiont, the project began as an initiative of state senator Ogden Driskill, who brought several county clerks and James to the table to discuss the collaboration.

Wyoming has been aiming to become a leader among states in supporting blockchain technology for a while: in March, the governor signed into law a measure exempting utility tokens with certain properties from securities regulations, and a litany of similar bills was introduced recently.

There are in total six bills regarding blockchain regulation now waiting to be heard during the next legislative session in January, Long said. “These bills were endorsed by joint committees and they have elevated chances to pass,” she told CoinDesk, adding:

“There will be more. This in an industry where nobody has leadership, and Wyoming moved to grab it.”

Long believes that the land initiative will be followed by others, and the next step for the state will be putting all its corporate registration and business records on a blockchain.

Medici Land Governance earlier this year announced a pilot with the government of Zambia to build a blockchain-based land registry for the African country. Medici Ventures owns 57% of the startup, and Overstock CEO Patrick Byrne owns the rest.