Will IRS Take A Bite Out Of Crypto’s Wild Ride? 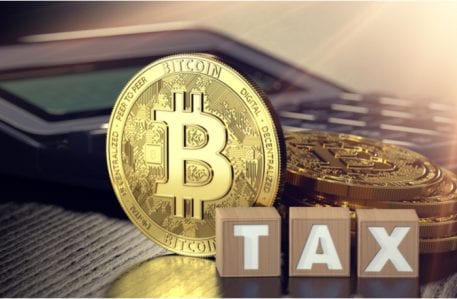 April is months away, but tax season is likely top of mind for crypto holders.

To that end, in the United States, the Internal Revenue Service (IRS) has said that huddling with other tax authorities across the globe has helped train a spotlight on how to detect and thwart tax evasion efforts.

As reported by Bloomberg, the meeting of the Joint Chiefs of Global Tax Enforcement (J5) – which brought together tax officials from the U.S., the United Kingdom, the Netherlands and Australia – has in part prompted the IRS to state that it has new tools and insights in place to pursue those who evade taxes through cryptocurrencies.

The IRS said it has identified “dozens” of tax evasion suspects in the wake of these new tactics.

In an interview with the newswire, Ryan Korner, who serves a special agent with the IRS’ criminal investigations unit, said “we have tools in place that we did not have six months or a year ago.” Part of that expanded toolset involves the use of data to track money as it moves between parties.

The effort is part of the IRS’ renewed focus on fighting tax evasion tied to cryptocurrency, as digital currency has become more popular and gained in value. As technology has advanced, the agency has struggled in recent years to enforce tax laws and keep up with criminals.

The news comes as the joint chiefs released a statement that “tax fraud is not a new crime, but the sophistication with which criminals commit tax fraud has significantly increased through cyber-related activities in recent years. Data breaches, intrusions, takeovers and compromises are the new tools that criminals use to commit tax crimes.”

The signs may be ominous for individuals who have hidden behind bitcoin or other cryptos. Earlier this year, the IRS sent letters to more than 10,000 people stating they are at risk for penalties tied to alleged tax avoidance on crypto investments.

With a greater expanse of data from which to draw – spanning five countries – the IRS now can start to see connections between fund flows, and can, as the old adage holds, “follow the money.”

Last month, the IRS also announced new rules tied to the taxation of digital currencies. The overarching theme is that if an individual holds digital currency and either sells or exchanges that digital currency, they are subject to taxes. If digital currency is paid as salary, it is taxable income. Similarly, if cryptos are used as compensation for services, the funds should be treated as ordinary income.

It’s natural to be skittish of the taxman. But interestingly, the move out of crypto comes as the IRS has made efforts to clarify its policies and procedures. We note that the peak of 2019 trading came roughly four months ago, when bitcoin traded for about $12,000. Given current levels and dropping prices, we wonder if there is tax loss selling in force to reduce tax liabilities elsewhere.

It’s possible, too, that increased scrutiny from tax authorities might dampen the speculation that so often attends crypto trading. Regardless, the wild west of crypto, bit by bit, is likely to be tamed.