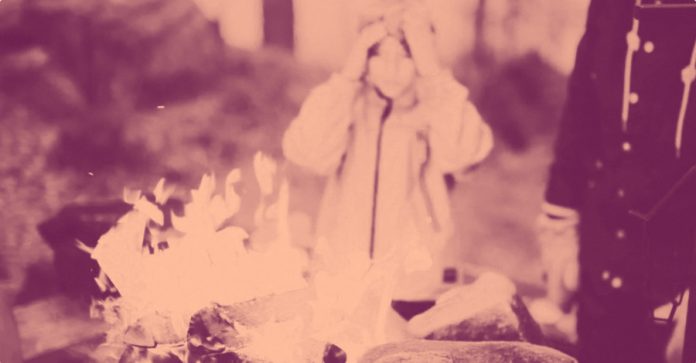 After weeks of mostly sideways movement, Bitcoin price sprang to life this morning, The original cryptocurrency’s price tumbled, dragging the rest of the crypto market along with it, and leaving a sea of red in its wake.

While it has baffled commentators, Bitcoin’s latest price movement is further proof that the cryptocurrency is not beholden to predictive indicators used in conventional analysis.

The latest trough in prices has occurred in spite of positive developments throughout the industry, whether it is the entry of Facebook’s Libra, anticipation over next year’s halvening event, or tamping down on the regulatory blowback that characterized Bitcoin’s early days. Even the fundamentals that underpin Bitcoin, such as hash rate and transactions per second in its network, have remained constant. The difficulty levels of the algorithm used to generate Bitcoin have also declined this month.

What then caused this morning’s conflagration?

Consensus seems to be building around trading action by market bears. “Having endured a tougher run over the last three months, investors are now seemingly weighing up their options, with eToro’s own platform continuing to see heightened activity at the current price,” Adam Vettese, an analyst at trading platform eToro, said today in an email to subscribers.

The rapid fall of Bitcoin price this morning seems to bear out Vettese’s thesis of heightened activity. Within six minutes, Bitcoin price lost 4.2% of its value (approximately $330) to end up at $7252.32 per coin.

“There’s a lot of short-term players in the market and it is their job to make money,” said Dmitriy Berenzon, research partner at Zenith Ventures, a venture fund focused on blockchain.

“I think the price crash is nothing surprising to me in a risk on volatile asset,” he said, adding that the fundamentals, whether they related to data or development activity, were more important. “When you look at on-chain metrics, I don’t think anything special has happened,” he said.

Investors and traders looking for a quick profit are generally considered culprits for bearish price action. But another name has emerged from this morning’s price dip: miners.

Weak miners, or miners without economies of scale, go out of business when Bitcoin’s price collapses, because it becomes unprofitable to run expensive mining rigs. They may have intensified the price pain for Bitcoin investors by selling their stash, according to statistician Willy Woo. He elaborated his case in a series of Twitter posts:

Halving of its supply next year (the “Halvening”) is the next big event in Bitcoin’s calendar. Analysts have ascribed the run up in Bitcoin’s price this year to it. But that might be a mistake. In his Twitter post, Woo said price action for Bitcoin will not repeat past halvings and, as such, the crypto’s price will continue to remain bearish in the short-term.

Zenith’s Berenzon said the correlation between price action for Bitcoin and trader expectation is an “interesting game theory question” in that one feeds off the other. “That expectation [of price increases after the halvening] alone will drive the price up [before the actual event],” he said. “If you look at data, it has shown that the highest increases have been 12 months after the fact of a Halvening event.”

In other words, expect more pain ahead.