What Litecoin’s Halving Tells Us About Cryptocurrency “Alt Season” Hopes 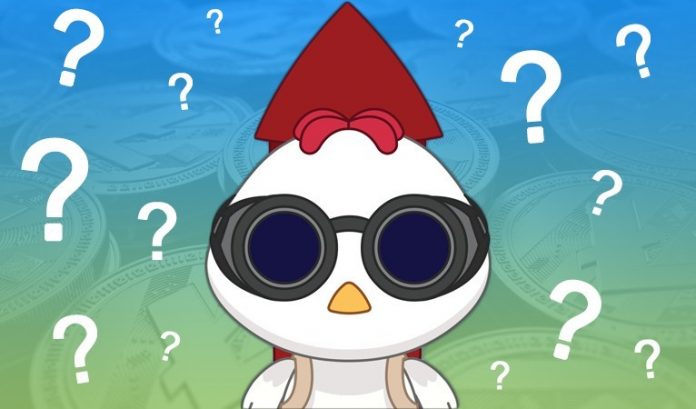 Litecoin has been an anticipated market winner from some time, with the halving of its block reward emission as a key factor predicted as possibly taking the price even higher. Similarly, as Bitcoin dominance continues to be high, many investors keep hope alive that “alt season” is just around the corner, when their preferred investments will take back a large market share.

Both of these share one thing in common: waiting and perceived certainty. Watching one can tell us a whole lot about the other, and about the future of the space in general.

In a certain way, our hopes and dreams in the cryptocurrency world are tied to elements outside of our control. Market cycles happen. Whales pump. Investors exit the market and long-term holders wait until a perceived bottom to take higher positions, revitalizing the market and kicking off a bull run. Institutions and large companies pick if, and when, to enter a new industry, with the resulting price movements and adoption swings. For a lot of people from the average user to the high-level developers to business adoption leads, a lot of these happen almost as a “hand of God” type of occurrence: outside of direct control.

I’ve noticed a distinct shift in the attitudes around the future of cryptocurrency since the earlier days in how its fans engage in waiting. During the days of Bitcoin adoption both before and after the first bull run to over $1,000, there was a strong belief that it would reach mass adoption as a world-liberating cryptocurrency. Yet this hope was with unspecified timeframe, undefined prerequisite criteria, and highly conditional on winning a long-fought adoption fight. The thought was that it was certain that Bitcoin would win because of its distinct potential and attributes, with the exact moment and conditions highly dependent on efforts by its fans to grow the ecosystem one user and merchant at a time.

Now, there seems to a different attitude. Before, mass adoption was the only certainty, with a booming price a likely but not guaranteed factor short-term, and nearly every other occurrence both uncertain and conditional on hard work. Now, both mass adoption and price increases are seen as certain, as well as certain nearer elements along the way such as specific price goals in certain timeframes, large institutional investment within certain windows, and other waited-on events. Notably, all of this is seen as inevitable, rather than conditional on certain achievements along the way. Also worthy of note is that all these assumptions of success come at a time with a rich and diverse cryptocurrency ecosystem, while before expectations of eventual Bitcoin dominance were made when there wasn’t really anything else.

Litecoin Dropped More Than 18% Ahead of Halving, Falls Out of #4 Market Cap Spot #bitcoin | https://t.co/R6VUdpcF5n pic.twitter.com/ImsdW4ATLx

What if #moon just never comes?

What if cryptocurrency never completely takes off, though? The old answer was: “We’ll keep working tirelessly until it does.” The new answer seems to be: “No no, it’ll take off, it’s just around the corner and inevitable.” I don’t buy that assumption of a definite outcome irrespective of variables, based only on vague notions of superiority, especially when speaking projects other than the largest. It’s understandable to think something tested and established like Bitcoin will succeed no matter what, because this conclusion at least has past data and precedent to draw upon. But what about Litecoin, which has a tiny fraction of the Bitcoin ecosystem and has in years past been left for dead with no development? What about any other coin outside of the top few? Can we just be certain that every project we’ve grown to know and love (and invest heavily in) will simply take off someday? If we think that we can be, I think we’re all in for a very rude awakening at some point down the line.

Will investing in fundamentals someday be interpreted as just another market cycle?

While much of the space is in a holding pattern waiting for good things to come, many projects are actively working to make them happen. Dash continues to innovate technologically and drive adoption in key areas such as Latin America. Bitcoin Cash pushes the adoption game hard as well with focus on different geographies. Many other projects have their heads down, driving, innovating, and doing everything they can to build a solid foundation that would cause a rational investor to think the project has a bright future. At some point the quiet, undervalued workhorses may see their day in the sun and be pumped to high heaven.

If and then that happens, will it be recognized as the culmination of hard work and innovation, an outcome that wasn’t certain until it happened? Or will it be another perfectly predicted pump through the expert wisdom of pure hindsight? When the best projects with the most solid fundamentals attract investors in a breakthrough, will the cryptoverse dismiss it as the coin being “due for a pump for a while”? Similarly, if someday Litecoin falls into ashes, will the same people eagerly waiting for a halving pump declare how they knew that the block reward reduction was the beginning of the end? I think you know what I’m predicting.