What Happened to Dapps? (And 4 Other Big Questions for Ethereum in 2019) 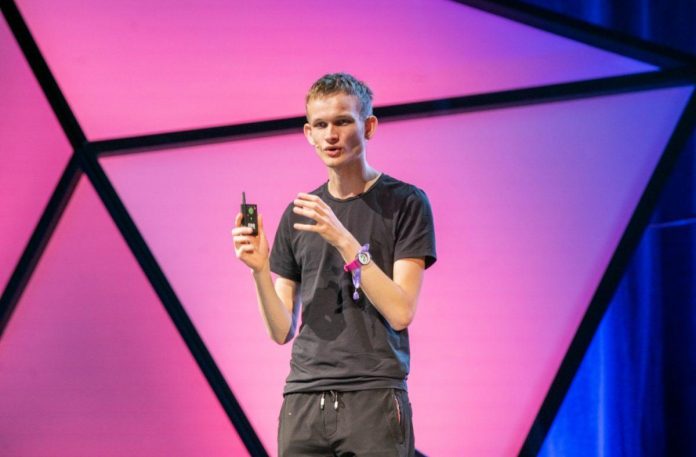 Kosala Hemachandra is the founder of MEW (MyEtherWallet), an open-source, client-side interface for generating ethereum wallets and interacting with the ethereum blockchain.

For the most part, Bitcoin and Ethereum have held the title of the top two cryptocurrencies with the largest market capitalization. But in the past year, we’ve noticed that the second place for crypto’s market share is constantly switching between XRP and Ethereum – first in September and most recently in November and December.

With many other coins also left in a shadow of their 2017 value, fear and uncertainty have led many to wonder if Ethereum will survive this next season. I believe without a doubt that Ethereum is not going anywhere, and as less meaningful blockchains are weeded out, it will be an opportunity for Ethereum to develop a much-needed edge.

As we move into 2019, there is much more work to be done. Here are five questions I believe the community needs to ask themselves if we are to truly BUIDL for a future for cryptocurrencies.

1. What happened to the promise of dapps and smart contracts?

There were already over 200 cryptocurrencies by the time the Ethereum mainnet went live in 2014. But what made it a game changer was the birth of the smart contracts, and more specifically, contracts such as ERC-20, a universal standard that would allow different tokens to exist on the same blockchain.

Developers could program a truly decentralized application (dapp) on the Ethereum blockchain using smart contracts – a simple program that would automatically execute an action as soon as a specific criterion was fulfilled.

There are plenty of great projects already demonstrating how dapps can improve user experience. For instance, ENS (Ethereum Name Service) is a solution that allows users to turn their hexadecimal wallet address into a unique domain name instead.

One other impressive application of the technology is open-sourced decentralized exchanges or liquidity providers like Kyber Network, which are helping to connect the increasingly fragmented token ecosystem. MakerDAO and its Collateralized Debt Position (CDP) contract is another notable example, as it enables users to take a loan in a stablecoin by putting up Ethereum as collateral.

It is impressive to see how all these dapps are working in a completely decentralized and trustless way to accomplish needs which would otherwise require a centralized authority. However, while the community dedicates its efforts towards driving mainstream adoption, I think we are still at least five years away from seeing a dapp which appeals to the man on the street.

I encourage dapp developers to focus on building ecosystems with user experience and newcomer adoption in mind. We cannot ignore that in recent years, the Ethereum community has expanded beyond the technically-proficient to include the crypto-curious too. This change is a good thing and our platforms and solutions must look at how we can accommodate for newcomers.

2. Are we finally done with ICOs?

ICOs were the best and worst thing to happen to the cryptocurrency industry. Like it or not, it was a catalyst for driving interest in the space, spurring innovation and leading its growing adoption. In 2017, companies raised more than $5.5 billion through the ICO route and in just the first three months of 2018, it reached a peak of $6.3 billion.

This injection of funds into the market created a surge of interest on the mainstream media’s part, and consequently, this drew in more and more crypto-curious individuals into the blockchain world.

However, unfortunately, when Ethereum’s price took off, it gave many of the original developers a seven- to eight-figure reason to cash out. Many developers who helped to build, launch and maintain the Ethereum blockchain left, taking their bright minds, vision and drive with them. Even though this was unfortunate, it allowed us to filter out the developers who were only there for financial gains instead of the cause.

The wider Ethereum community did not self-regulate, nor help to safeguard users either. More than 80 percent of ICO projects launched in 2017 have been identified as scams, leaving behind a negative stigma and a highly cautious general public.

What is most interesting is that with the ICO craze finally cooling off, a growing number of crypto companies are turning to traditional and venture capital financing to provide them with enough runway to make it through the current market spell.

3. How can we ensure that the Ethereum community grows together, instead of apart?

This season will not just be a test for the robustness of Ethereum’s technology, but also how we evolve as a community. The case for Ethereum’s survival begins with its core developers working toward a common cause.

Bitcoin may be the most used blockchain right now, but its developers are constantly in dispute with one another and often resort to hard forking when trying to reach a resolution to their differences. With Ethereum, developers are compelled to work together instead, finding solutions based on compromise and collaboration.

One might attribute this to the Ethereum Foundation’s leadership. Unlike Bitcoin’s anonymous creator, Satoshi Nakamoto, Ethereum’s co-founders actively engage with the ecosystem, bringing together a sense of camaraderie through events like the annual conference for Ethereum’s developers, DevCon, which held its fourth edition this year in Prague.

What we have built together as a community is undoubtedly impressive, but we cannot rest on our laurels.

Now more than ever, it is important that we hold onto good talent throughout the industry. In the midst of these volatile market conditions, we cannot afford another brain drain and it is crucial that intelligent and committed people are drawn to this field and incentivized by goals that are not purely financial.

4. How can we restore trust in crypto?

Thanks to ICOs, some work is needed to revamp Ethereum’s tainted image and restore trust in blockchain technology.

Many newcomers have not even had a chance to learn about how revolutionary the technology is because so many bad actors took advantage of them. Looking back now, the community should have worked together to protect consumers by increasing awareness around scams and bad projects.

Many of these, like BitKRX who claimed to be a branch of the South Korean Stock Exchange, duped investors by posing as an affiliate of a respectable organization and could have been uncovered with proactive inquiries or if journalists engaged in further research.

It is extremely important for us to educate the community on how to find genuine projects amongst all the scams. To turn over a new leaf, we can start by making it easier for crypto beginners by providing more materials and resources tailored to them.

After all, making a crypto transaction is not as intuitive as making one through the current banking system. We should not forget that most of us were raised within a traditional financial ecosystem, and building similar best-practice behaviors in the crypto world will take time.

5. How can we set ourselves up to BUIDL for the better?

It may take a while before Ethereum gets where it needs to be, but that may not be the worst thing. While setting aside time for a slow build may seem like a luxury that the Ethereum community cannot afford, it is what will set it apart in the years to come.

To put things into perspective, Bitcoin took close to a decade before capturing the public’s attention.

A steady and considered approach is what is needed. To lay the right foundations in place, teams should look at how they can strategically dedicate their resources and funding to build support tools while nurturing strong developer talents.

Until then, keeping pace and regularly hitting product development milestones is what’s needed to keep the community interested and motivated toward the cause.

Have an opinionated take on 2018? CoinDesk is seeking submissions for our 2018 in Review. Email news [at] coindesk.com to learn how to get involved.