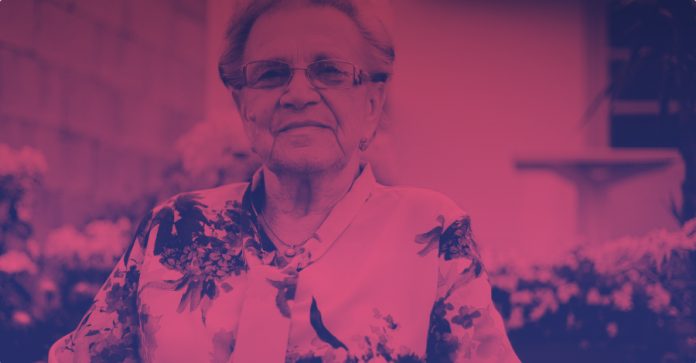 Blockchain companies, almost unilaterally, promise increased efficiency and speed. Blockchain can send us to space, and blockchain can feed starving children. But for new users, it’s still a daunting prospect.

Those interested in buying cryptocurrencies must choose between hundreds of tokens, jump through a series of complicated KYC hoops on exchanges, grapple with token volatility, and then understand how wallets work. So how can crypto overcome these challenges to achieve mass adoption?

Decrypt spoke to Amrit Kumar, President and Chief Scientific Officer at Zilliqa, Fernando Gutierrez, CMO at Dash Core Group, and Jack Mallers of Zap: three people working hard to make crypto easier to use. They know better than most why the cryptocurrency industry is struggling to attract new users.

According to Dash’s Gutierrez, two things are preventing crypto from becoming more mainstream: “First, users need to have a reason to get into crypto. They won’t go through the trouble if it is not solving a problem for them.” Blockchain is never short of ideas to meet Gutierrez’ first criteria: cryptocurrency is the currency of choice for illegal trades, and sending currencies across borders is enough to get large banks on board. But Guiterrez’ second criteria is far more difficult to satisfy: “Crypto needs to be easy and cost-competitive to get their hands on and use. The larger the problem crypto is solving for users, the more trouble they will be willing to go through, obviously with some limits.”

Right now, says Zilliqa’s Kumar, “It’s very painful for normal users to simply send money across accounts.” Kumar says that a big problem is crypto’s high barrier to entry: “You need to understand what an address is, and what an account is. And when you see an account address, it’s not like [a bank account number]—you are given a hexadecimal string and you don’t know whether, if you make a mistake, that will lead to some other account number.”

“As developers, it should be our responsibility to make sure that users don’t have to have to go through all that pain,” says Kumar. But developers still have a long way to go before cryptocurrencies become truly user friendly, and Kumar says that much of the infrastructure is still being built. “I don’t think we are there yet in terms of providing all the toolkits that developers need,” he says.

Kumar says that developers building, for instance, a gaming application would need access to KYC portals to make sure players are compliant with the latest regulations, and need key management infrastructure to keep user keys safe. “There are many different pieces that need to be put in place before you could say, ‘I’m ready to build a mainstream application that any user can use in a very easy way.’”

But technology is improving at a rapid pace, as industry leaders rush to make crypto easier to use. One major new development, says Kumar, is stablecoins. “Slightly more than a year ago, we didn’t have good stablecoins. All you could do with crypto assets was basically around speculation.” Now, with stablecoins, “you know that you have a stable asset that you can use, for instance, for payments services—buying food, buying clothes in malls.”

Kumar also says that in the last six months, services have sprouted up that allow you to quickly liquidate crypto assets into fiat currencies, and vice versa. One such service, Zap, makes use of the Bitcoin lightning network to buy crypto from fiat in seconds.

“Bitcoin can be gold 2.0 today,” says Jack Mallers, founder of Zap. “It works really well. The cryptography is solid, the network engineering is perfect, and for ten years it has been running rather perfectly, considering that it was started by an anonymous contributor. I think it can have a $7 trillion market cap with no technical innovation. It just takes more education, and onboarding of institutions and more capital.

“But if you want it to be used as a unit of exchange; [for instance] general online commerce and micro-payments…then of course, that requires a lot of engineering.” Mallers says that technology, like the Bitcoin lightning network, can make things easier for consumers, and will provide users with similar experiences to Venmo and PayPal.

According to Kumar, if you really want to know why crypto is still so hard to use, blame the regulators: though much technical work is left to be done, the cryptocurrency industry is waiting on governments to make regulate things properly before it can progress. For instance, it can take days for companies to comply with KYC regulations. Exchanges like Coinbase and Binance, eager to get regulators on board, take pains to make sure that their customers aren’t using their services for money laundering. “We should be able to be as fast as let’s say, opening a bank account on Revolut, or [other] new virtual banks,” he says.

“I do sometimes feel frustrated,” Kumar admits, pointing to a lack of understanding among regulators of how blockchains actually work in practice. He wishes that regulators would consult more leading developers about how the technology works.

Indeed, industry giants in the US banded together last month to form the Crypto Ratings Council, an ad-hoc group geared at appeasing the SEC. The regulator has caused crypto projects and exchanges grief with its complicated laws on securities, which has sued blockchain companies for millions of dollars, and this month preventing Telegram from selling Grams for its blockchain network, TON.

Kumar, whose company is based in Singapore, is supportive of the Singaporean government’s efforts to regulate cryptocurrencies. “A few months ago they proposed a document and opened it up to the public, and said, “what do you think of this idea?” Then, people started to give feedback on it,” he says. Like the Singaporean authorities, Kumar says that regulators should be more open towards working with developers. Working transparently, he adds, would help the cryptocurrency overcome regulators, its major hurdle.

But, as Jack Malllers of Zap says: “Bitcoin is just software; it doesn’t owe you anything. I don’t think it’s anyone’s responsibility necessarily to do anything.”