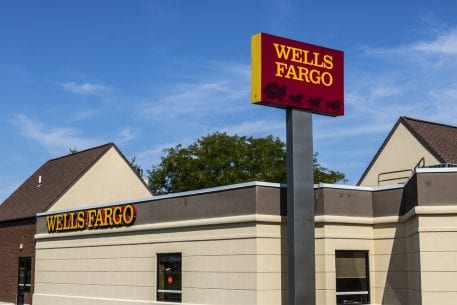 Though the manic blockchain hype of 2018 has died down somewhat, FinTechs, banks and corporates continue to collaborate and innovate as they develop distributed ledger technology solutions for a range of use cases, including faster cross-border transactions.

Gradually, real-world applications are launching, and service providers have begun testing their new solutions. However, progress remains slow, not least of all because the stakes can be high: With so many financial institutions participating in a consortium or pilot, inter-functionality becomes more complex, while the demand to manage many (sometimes differing) end-user demands also adds complication. Not to mention, security similarly becomes a heightened risk as participants open up their systems.

While these initiatives are valuable, says Lisa Frazier, executive vice president and Head of Innovation at Wells Fargo, there are opportunities for real-world applications of blockchain solutions that can benefit from faster deployment. The low-hanging fruit here, she said, is in developing solutions for internal operations within a single enterprise.

“Distributed ledger technology will have a number of applications in the future,” she told PYMNTS, “and we’re active participants in a lot of the internal conversations with FinTech companies and banking consortia. When you think about the future, it takes time to build out these networks, to get alignment and agreement, to make sure the technology is scalable for the volume of banks around the world.”

Collectively, the financial services industry is “slowly and methodically” developing blockchain solutions. However, by focusing within a single enterprise, innovators can much more quickly deploy DLT solutions to address real-world problems, she said.

Wells Fargo recently announced its own distributed ledger-based solution with this opportunity in mind. The FI revealed plans to pilot its Wells Fargo Digital Cash service, a solution designed for Wells Fargo’s own internal settlement capabilities when moving money between corporate accounts across borders.

The technology uses a stablecoin linked to the U.S. dollar, allowing the FI to move corporate client funds more quickly from one account to another.

According to Frazier, the benefits of this tool are twofold.

On the one hand, the technology accelerates the speed with which a company can move funds from one Wells Fargo account to another in a different country, while also expanding the operating times of being able to do so. Frazier noted that traditionally, depending on where an organization is in the world, they have a six-to-nine-hour window to initiate such a transfer; Wells Fargo’s DLT solution broadens that to about 20 hours. Further, the infrastructure removes the need for an intermediary, resulting in an overall more seamless process that can land cash where it needs to be in near real-time (if conducted within the operating window).

Among the most significant benefits for corporate clients is the invisibility of this technology, added Frazier: Businesses won’t have access to this solution directly or necessarily even know it’s being used, but will simply see their internal transfers occurring much more quickly.

However, the service, she pointed out, also addresses a key point of friction for the financial institution itself, offering real-time liquidity management capabilities.

Frazier offered the example of a U.S. client wishing to move $1 million from a U.S. to a Canadian account, and another client in Canada looking to transfer $750,000 from their Canadian account to a U.S. one. From a liquidity standpoint, this involves only $250,000 worth of cash that must be moved, but today, this process would occur in the form of two separate transactions. Distributed ledger technology can simplify and streamline this process, and do it in real-time, she said.

“This is all about reducing transaction friction,” added Frazier. “It’s an application of the technology that solves a problem today. Distributed ledger technology takes out the intermediary, which makes the technology suited for the purpose of this problem.”

Wells Fargo is not, of course, the only financial institution planning to operate a real-world application of blockchain technology.

Collaboration is often considered a crucial component of blockchain innovation, development and deployment; however, Frazier noted that this strategy is not necessarily quick.

Once touted as the catch-all solution to financial friction, blockchain remains a popular technology for industry innovators, though expectations for the tool have tempered somewhat. What the future of blockchain in finance will look like, exactly, remains to be seen, and though internal development of the technology may lead to faster deployment of working solutions, it also adds to the uncertainty of that future: how will these internal DLT solutions, if at all, intersect and integrate with external ones?

“My crystal ball isn’t better than anybody else’s,” said Frazier. “With regards to whether it will be multiple networks or interconnectivity of networks, I don’t know. But we’re actively excited about what it could be.”