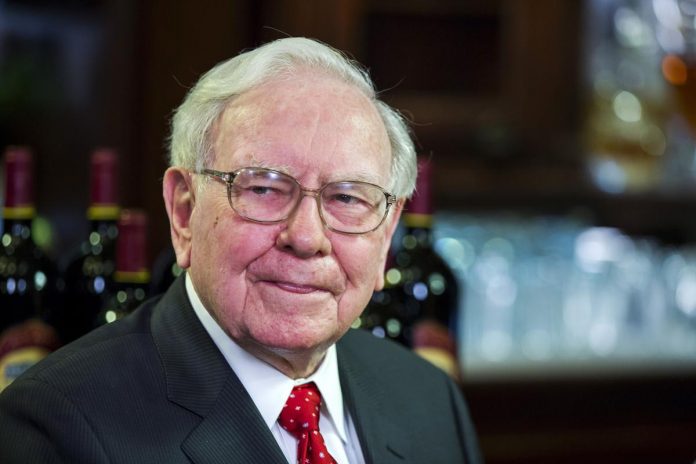 NEW YORK/HONG KONG (Reuters) – Chinese cryptocurrency entrepreneur Justin Sun postponed his $4.57 million charity lunch with Warren Buffett after falling ill with kidney stones, according to a statement from a foundation he backs.

Sun had been scheduled to dine with Buffett on July 25 at the Michelin-starred Quince restaurant in San Francisco after he won an auction to benefit Glide, a charity in the city.

Sun’s Tron Foundation said all parties have agreed to reschedule the lunch. Buffett’s assistant did not immediately respond to a request for comment.

Buffett, the billionaire chairman of Berkshire Hathaway Inc (BRKa.N), has long been a skeptic of cryptocurrency.

He once called bitcoin “probably rat poison squared,” and at Berkshire’s annual meeting in May likened wagering on bitcoin to betting on zero or double-zero on a Las Vegasroulette wheel.

Sun had said that he hoped dining with Buffett would “bridge the gap between institutional and traditional investors and the realm of cryptocurrency and blockchain technology.” Buffett has raised about $34.2 million for Glide, a charity that serves the poor, homeless and those battling substance abuse, in 20 annual auctions since 2000. Glide said on Tuesday it has received Sun’s entire donation.

Sun on Tuesday denied a Chinese media report suggesting he engaged in improper activities in China.

He wrote on his Weibo social media account that rumors circulating online about illegal fundraising and about money laundering were untrue, and that Singapore-based Tron complied with local laws there.

Later on Wednesday, he said a report by Chinese financial magazine Caixin, stating he had been barred from foreign travel by Chinese authorities, was “completely false”.

Tron launched its TRX token in 2017, raising about $70 million in an initial coin offering, and acquired San Francisco-based BitTorrent for $120 million last year. It has said its goal is to establish a decentralized internet.

Tron’s cryptocurrency was down 11.2% on Tuesday afternoon, according to the website CoinMarketCap.com, giving it a value of about $1.68 billion.