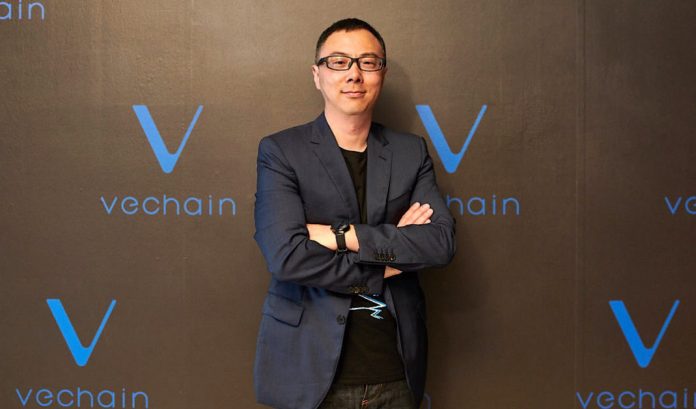 Nearly all of cryptocurrency valuation is tied to speculation, according to founder of VeChain, differentiating the space from adoption-focused projects such as Dash.

As reported by Cointelegraph, blockchain project VeChain’s founder and CEO Sonny Lu recently opined at BlockShow Asia 2019 that most projects in the space show very little usage outside of speculative trading, resulting in excessive focus on generating funding rather than on delivering and applying viable products:

“99% of a [cryptocurrency’s value] is linked to speculation, and not to the value that solution can bring to society. This causes many startups to waste a lot of time producing and ‘selling’ the token, failing to develop solutions for where they were initially focused.”

This is not an uncommon opinion among top professionals in the blockchain space beyond those expressed by VeChain’s founder. Earlier this month, Ripple’s CEO Brad Garlinghouse stated a similar opinion, saying that 99% of cryptocurrency projects will go to zero over a long enough timeframe, expressing that only 1% of current projects are focusing on solutions for real consumers and bringing said solutions successfully to market.

According to data from ICOData.io, $6.2 billion was raised by 875 projects in 2017, with $7.8 billion raised by 1,253 projects in 2018. By contrast, only $366 million have been raised by 102 projects so far this year, showing a considerable slowdown in investment in the token sector. The total cryptocurrency market capitalization reached a peak of about $835 billion in January of 2018, down to a present total valuation of about $224 billion.

Despite broad cases of rampant cryptocurrency speculation as pointed out by VeChain’s founder, Dash registers strong evidence of laying the foundation for high non-speculative future use. This year alone, Dash has implemented ChainLocks to secure the network against attacks as well as InstantSend by default, creating instantly and permanently settled payments for every single transaction. Additionally, in early December the Dash Core team announced an open house event to unveil the long-awaited Dash Platform, formerly codenamed Evolution, which is slated for wide public testnet release by the end of the year, which will provide a wide variety of applications as well as crucially provide decentralized usernames and contact lists in order to facilitate adoption by regular non-technical users.

This has been evidenced in growth in usage statistics as well. According to Dash Core CEO Ryan Taylor, real economic transactions have grown 178% year-on-year, outpacing competitors, many of which have actually seen reduced usage during the bear market. This trend has also been evidenced in Dash’s growing network hashrate, increasing despite poor market prices as competitors stagnate or recede, particularly Litecoin. Finally, transaction and active address counts have grown as well, gaining on and even overtaking top competitors.