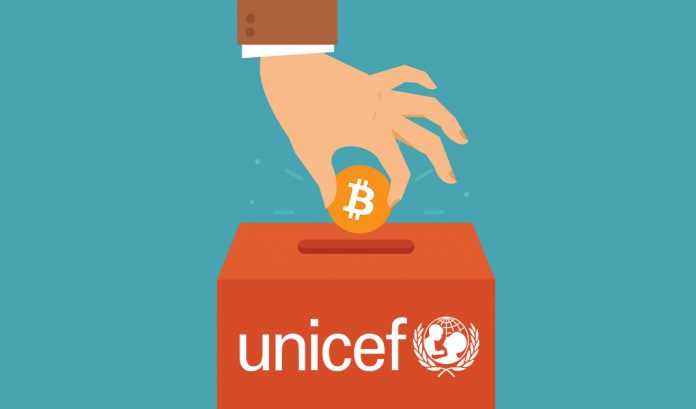 UNICEF expands on a previous cryptocurrency acceptance program by UNICEF France by pledging to hold and disburse donated charity in cryptocurrency.

We are now able to receive, hold and disburse donations in cryptocurrencies – ether and bitcoin.

The worldwide organization’s announcement said that it will start by both accepting and holding Bitcoin and Ethereum, including a donation from the Ethereum Foundation, which will be made “through the French National Committee for UNICEF”. UNICEF France started accepting cryptocurrency donations back in September of 2018, including Dash, and still accepts Dash according to its cryptocurrency donation page. Other coins accepted include Litecoin, Ripple, DAI, Monero, EOS, and Stellar. Henrietta Fore, UNICEF Executive Director, highlighted how cryptocurrencies have the potential to improve the lives of individuals and will better help them accomplish their mission.

“This is a new and exciting venture for UNICEF. If digital economies and currencies have the potential to shape the lives of coming generations, it is important that we explore the opportunities they offer. That’s why the creation of our Cryptocurrency Fund is a significant and welcome step forward in humanitarian and development work.”

Significantly, the tweet discusses how UNICEF will not only accept cryptocurrency, but also hold and disburse cryptocurrency donations indicating that the organization has at least some degree of belief in the technology to help them accomplish their goals of aiding poor individuals.

While charities are constantly improving with more transparency and are pushed along by ranking systems like Charity Navigator, there can still be single to double digital percentages of donations lost to administrative costs. While corruption might not be a financially significant issue, it can still sum up to a sizable amount of a few billion dollars, and even experts admit that it isn’t possible to account their entire amount of international aid lost to corruption. Cryptocurrency provides a solution by taking out middlemen and transferring money directly from the donor to the end recipient. While UNICEF is still acting as a middlemen, they are providing an important transitionary step by showing both sides of the charity dynamic that cryptocurrency is a trustworthy method of money and that it should be used.

Dash has some very unique attributes beyond that of other cryptocurrencies that help it serve the charity ecosystem. Primarily, Dash’s automatic InstantSend that allow transaction to lock in less than 2 seconds for less than $0.0005 USD and be better protected against 51% attacks with ChainLocks ensures that more money gets to its destination safely and faster. Second, the ability for the Dash network to fund various merchant adoption campaigns and integrations helps give support to donation recipients that they will either have locations where they can spend their Dash or cash out via ATMs.

Additionally, there are groups within Dash that want to go the extra mile to help those in need by leveraging the decentralized technology of Dash. Dash Text ventured into creating a decentralized charity program that is in testing with 100 Venezuelan students to have donations from individuals get automatically distributed to students in the program rather than having to have an administrator divide up the funds, manually, which costs more and increases the risk of skimming.