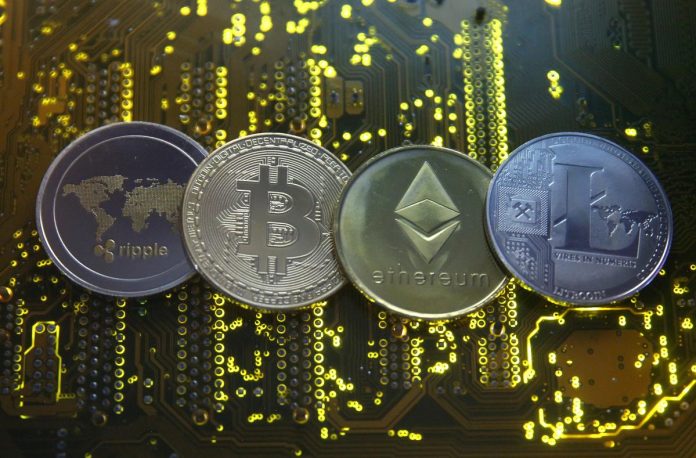 LONDON (Reuters) – Britain’s markets watchdog is proposing banning the sale of derivatives based on crypto-assets to retail consumers from early 2020 due to what it considers the prevalence of market abuses.

Prices of crypto-assets – which include currencies like bitcoin as well as tokens representing other tradeable assets – are very volatile, and there is a lack of a clear investment need for products referencing them, the Financial Conduct Authority said on Wednesday.

The FCA “considers these products are ill-suited to retail consumers who cannot reliably assess the value and risks of derivatives or exchange traded notes (ETNs) that reference certain crypto-assets,” it said in a statement on its public consultation on the proposed ban.

“The real question is whether the FCA is shooting itself in the foot,” Green said.

There was no reliable basis for valuing the assets underpinning the derivatives, and there was a “prevalence of market abuse and financial crime” in the secondary market for crypto-assets, such as cyber theft.

“We estimate the potential benefit to retail consumers from banning these (derivative) products to be in a range from 75 million pounds ($94 million) to 234.3 million pounds a year,” it said.

So-called contract-for-differences (CFDs) are the main derivative product that reference crypto-assets, accounting for about 3.4 billion pounds of retail customer business between August and October 2017, the FCA said.

This fell to 77 million pounds in the same period in 2018 after EU regulators imposed temporary restrictions, with big falls in crypto-asset prices also hitting demand.

Separately, the FCA made permanent earlier this week a set of temporary curbs on the sale of all types of CFDs to retail customers.

Two firms also offer retail customers contracts linked to tokens listed on the Nordic Nasdaq exchange, with 11,000 customers having invested about 97 million pounds up to the end of January, the FCA said.

It said it was going beyond the powers in European Union securities rules. Its ban is set to come into force after Oct. 31, the scheduled deadline for Britain’s EU departure.

“We do not consider that existing regulatory requirements, including product governance, appropriateness and disclosure requirements, can sufficiently address our concerns about the harm posed by these products,” the FCA said.