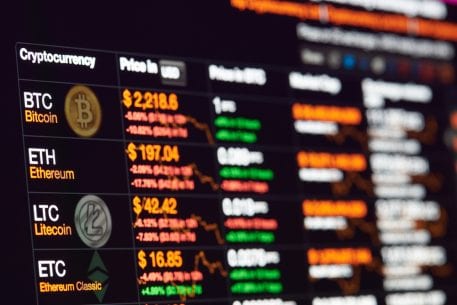 The CEO of Twitter, Jack Dorsey, is investing in CoinList, a company that helps startups raise capital through cryptocurrency sales.

The Wall Street Journal is reporting that Dorsey, who has been an advocate of bitcoin for a long time, is one of many investors in the two-year-old company’s $10 million funding round.

The funding round was led by Polychain Capital.

Dorsey, who is also the CEO of payments company Square, has bitcoin of his own and often shares his positive opinion of the cryptocurrency. This is the first time Dorsey has invested in CoinList. Square recently said that it was going to introduce a new service called Square Crypto.

CoinList, which is based in San Francisco, jumped to popularity in 2017 during the cryptocurrency boom in initial coin offerings (ICOs), where companies would raise money in exchange for tokens. The market for ICOs blew up and then bombed with bitcoin’s roller coaster ride in value.

Bitcoin was trading about $9,300 on Tuesday (Oct. 29), and had a recent surge following Chinese President Xi Jinping’s comments about blockchain potential. The cryptocurrency has doubled in value this year but still remains far below its all-time peak of $20,000 about two years ago.

CoinList said it only deals with companies that have been thoroughly vetted and are in line with digital coin regulations. The company has helped along more than $800 million in digital coin offerings since August of 2017. The new capital will go toward expansion, the company said, with a focus on new services like a new exchange called the CoinList Trade and a cryptocurrency wallet.

“Crypto needs a trustworthy platform for launching new projects,” Dorsey said. “CoinList leads the industry in that role, and trading is a logical next step.”

Dorsey has been openly critical of Libra, Facebook’s proposed cryptocurrency, saying that the company’s plans with the coin don’t line up with the values associated with decentralized currencies. When asked if he would ever consider joining the Libra organization, he said, “Hell no.”