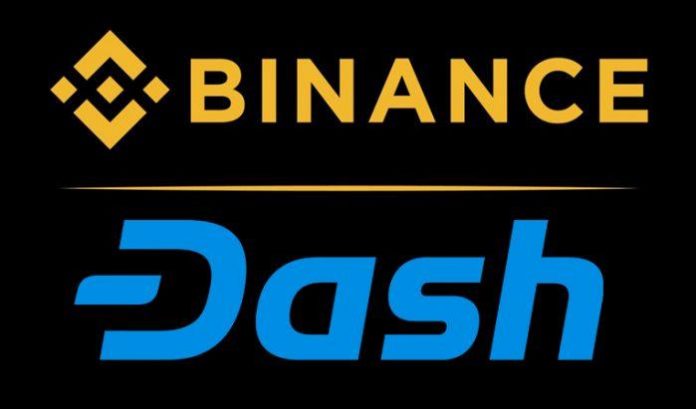 As announced in a new post on its website, exchange giant Binance will be listing two additional trading pairs for Dash on the exchange:

Risk warning: cryptocurrency investment is subject to high market risk. Please make your investments cautiously. Binance will make best efforts to choose high quality coins, but will not be responsible for your investment losses.

Thanks for your support!

The two pairings announced were for Binance Coin, the exchange’s propriety token, and Tether, a token pegged to the value of the US dollar. Tether in particular constitutes a useful pairing because of its equivalence to a fiat trading pair, allowing traders to go in and out of Dash directly from a USD valuation balance.

Binance’s rise to the top of the exchange rankings

The inclusion of additional trading pairs on Binance represents a significant growth in access for Dash on one of the world’s top exchanges. According to CoinMarketCap, Binance ranks as the top exchange in the world by adjusted trading volume with over $1.4 billion in daily trading volume, and in the top three by reported volume. Binance Coin has seen a significant rise since its inception in mid-2017, growing month after month to a current top-ten market cap ranking and nearly $2.4 billion valuation during the worst of the cryptocurrency bear market which claimed over 90% drops in the valuation of some coins.

Extra sources of Dash liquidity are particularly valued to increase access to the currency as a complement to Dash’s impressive merchant adoption. According to statistics from major Dash merchant directory Discover Dash, nearly 5,000 known merchants worldwide accept Dash for payments. An important complementary step to merchant adoption is to increase the availability for Dash for purchase, particularly in important adoption hotspots such as Venezuela and Colombia.