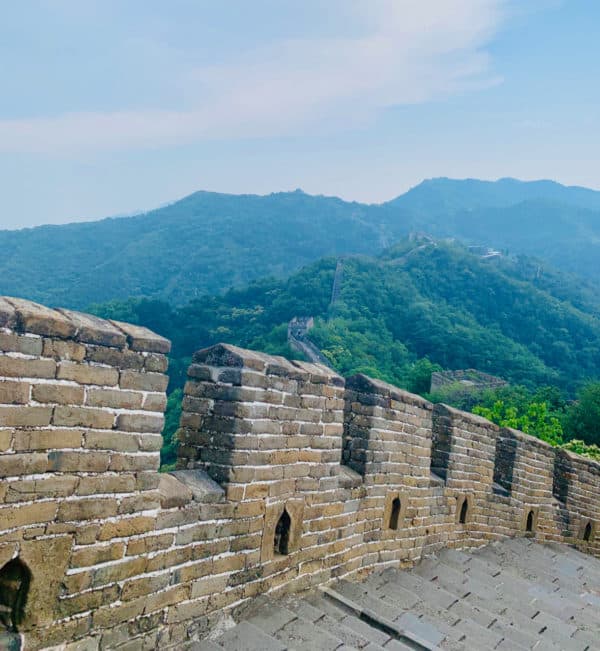 For many reasons, China is regarded as one of the world’s make-or-break regions when it comes to the fate of “blockchain” technology and cryptocurrencies.

Before Bitcoin trading was officially banned in China in late 2016, yuan-to-Bitcoin conversions (and vice versa) seemed to account for more than 90% of the globe’s Bitcoin trading action.

Even after the ban, foreign cryptocurrency exchanges continued to serve Chinese speculators by opening offices in adjacent offshore regions like Singapore, Taiwan, Hong Kong, and Japan.

Some Chinese cryptocurrency trading and issuing projects frightened by the new climate left China, but in many cases, didn’t go far. Crypto exchanges seemed quite confident they could still get a piece of the action despite the official ban.

According to The Japan Times, China’s crypto-trade-facilitating industry remains “massive,” and Chinese cryptocurrency speculating still informs the core of the global industry.

China also continues to dominate the business of cryptomining, an energy-consumptive process recording all every transaction ever made on a cryptocurrency network on thousands, even millions, of dedicated computers.

Politically, China is believed to be interested in cryptocurrency networks for how they might enable it to skirt U.S. sanctions in a pinch.

But the country is also keen on preventing its citizens from engaging in too much-unauthorized capital flight, which could fatally destabilize the country’s carefully managed currency, the yuan.

For all these reasons and more, the crypto-interested keep a careful eye on China.

We, therefore, present this chronological recap of the year’s most interesting blockchain and cryptocurrency news events from China.

The rules, which include ID requirements and development of channels to provide information to China’s “social credit” system (used to surveil citizens), were issued to promote sound use of the technology, the CNIIO said.

In April, Chinese regulators frightened the horses globally when the country’s National Development and Reform Commission (NDRC) added cryptocurrency mining to a list of industries it wants to control or eliminate for, “not adher(ing) to relevant laws and regulations, were unsafe, wasted resources or polluted the environment.”

Much of the crypto world breathed a sigh of relief when no ban was implemented, however.

The basket is used to make loans to regions and important entities experiencing financial distress, as many did in 2008. The basket currently contains a certain percentage of yuan.

If Libra becomes widely used and is not particularly backed by yuan, Chinese bankers believe, this could disturb the yuan’s stability

Turns out they were right to be wary of Libra.

In August, possibly as part of efforts to appease U.S. regulators very angry about Libra, Bertrand Perez, general director of Facebook’s Libra Association, told French media that, “the renminbi will not be part of” the basket of reserve currencies used to back Libra.

Also in August, Coindesk broke a significant story claiming that Chinese merchants selling goods to malls in Moscow were now using tethers (a cryptographic, synthetic form of USD), rather than bitcoins, for millions in daily business remittances.

The traders likely prefer tethers because they are “stablecoins” pegged to the value of USDs. Chinese tether users are reportedly indifferent to the possibility that the Tether company is now under investigation for fraud.

Fans of cryptocurrencies, originally conceived as an anarchist proposition, are nonetheless quite interested in the possibility of national currencies being similarly-issued on “blockchains.”

Skeptics see little reason why a national currency supply should ever use such an expensive and slow type of ledger, but there seems to be some belief among crypto advocates that a national cryptocurrency might help mainstream speculative tokens or somehow make currencies more efficient and accessible.

In August, the deputy director of the People’s Bank of China’s Payments and Settlement Division, Mu Changchun, announced, “(The) People’s Bank digital currency can now be said to be ready,” but there have since been reports that any Chinese national virtual currency will not likely use blockchain.

As home to some of the world’s largest and most determined populations of cryptocurrency speculators, China attracts its fair share of scams.

In September, Chinese media reported that police in the Northeastern city of Zhengzhou had shut down a major cryptomining malware-distribution program being pervaded by 9000 technicians working for a computer network maintenance company.

The technicians reportedly received commissions for every batch of malware they uploaded to the client systems they serviced.

In September, police in the Philippines were surprised when, expecting to bust a small cryptocurrency telephone scam operation targeting mainland Chinese victims, they found four-floors of Chinese telemarketers in a warehouse in Manila.

Police arrested 277 Chinese nationals at the site and prepared them for deportation.

7. Xi Jinping Tells World that Blockchain is an Important Development and China Will Take the Lead Globally 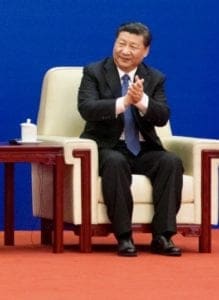 Jinping’s comments were accompanied by a reported symphony of sympathetic headlines across state media as well as a reported ban on any speech critical of blockchain.

These events kicked off a renewed frenzy of cryptocurrency and “blockchain” speculating in China in subsequent weeks.

The response was so significant that Chinese state news sites began urging investors to be “rational” despite the excitement raised Jinping’s remarks.

In early November, the tables turned at Bitmain, one of the world’s largest crypto miner manufacturers, when co-founder Jihan Wu announced he had dismissed co-founder Micree Zhan.

Zhan, an electronics engineer who retained his crypto billions better than Wu, may have been trying to move Bitmain in the direction of developing microprocessors for AI.

Earlier this month, Wu, who appears more focussed on cryptocurrencies, held his first promotional meeting since Zhan’s ouster, where a slide declared, “The Bitmain you are familiar with is back.”

In November, officials in Shenzhen, Beijing and Shanghai announced they were executing “inspections” as part of a full-scale “rectification” effort designed to clean-up unauthorized crypto-speculation and crypto-based, capital-flight-enabling industries.

At around the same time, after having its Chinese social media sites closed, large crypto exchange Binance reportedly had its Beijing office closed by Chinese authorities.

Binance CEO Chanpeng Zhao and Chinese crypto influencer Dovey Wan both dismissed the reports, stating something along the lines of “a decentralized company doesn’t really have offices.”

Zhao, commonly known as CZ, may have courted the ire of Chinese in October when he tweeted that his exchange would soon enable fiat transfers from WeChat and Alipay, two platforms that have officially banned the practice after probably being directed to do so by Chinese authorities.

China-based exchange Huobi appears to have survived the rectification, and in early December, hosted a snazzy blockchain event with government officials at the Ritz Carlton in Haikou.

Finally, having appearing to have cleared at least some of the unauthorized players from the field, China is now reportedly issuing its own investment bonds on a blockchain.

The latter half of 2019 was full of action when it comes to the Chinese cryptocurrency and blockchain scene.

Blockchain, a type of distributed and encrypted ledger popularized by Bitcoin, has been described as everything from the “foundation of the fourth industrial revolution” to “a shitty database.”

Private companies and even Central Banks in the West and in China have been experimenting with blockchain for about five years, with many concluding the blockchain has a quite narrow use case- contrary to panacea claims. Many projects have been dropped or scaled back due to issues with suitability, efficiency and scalability.

Because of blockchain’s so far “blah” performance, it will be very interesting to see in the coming year whether China pulls off any of the ambitious “blockchain” projects it has announced- and whether or not these are genuine blockchains or an interesting facsimile.