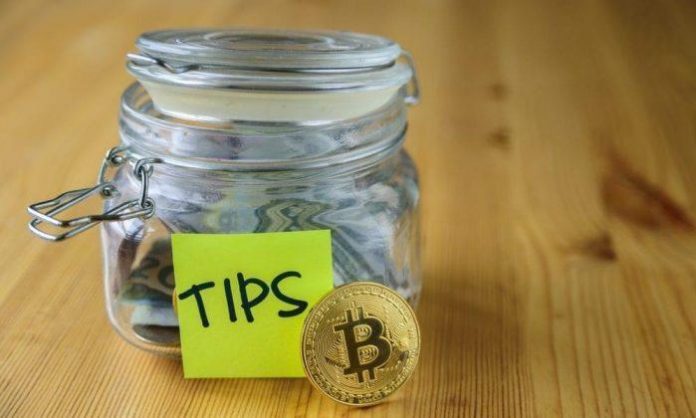 Tipping the dealer can be an awkward and uncomfortable moment for first-timers at a brick-and-mortar casino. While some novice gamblers undermine the dealer’s effort, many others “over-tip” in fear of looking unprofessional or cheap.

Knowing who to tip and how much is an important casino etiquette. As a rule of thumb, if a casino employee is allowed to accept tips, it’s safe to assume that it makes up the majority of their pay.

It’s also safe to assume that employees that accept tips get paid low hourly wages. Keep in mind that the person depends on your generosity as they’re probably collecting minimum wage.

For instance, if you’re playing video slots, there is no dealer to tip. But you can always tip the cashier who helps you cash out. You can also tip the slot machine attendant if you win. It’s polite to tip the cashier $1 every time you ask them for change.

On that note, we’ve compiled a list of five tipping etiquettes that will help you grasp the basics, decide when to maximize your generosity, and by how much.

1. Tip if You’ve Learnt Something on the Fly

Dealers are an important resource for punters as amateurs can look up to the croupier for advice and training on the go. The truth is most dealers known more about the game they’re dealing with than the punters seated at the other side of the table.

While most dealers don’t get too involved with the player’s strategies and game plan, others will go out of the way to ensure the punters are having a gala time.

2. Tip When the Cut Card is Favorable

The dealer has little to no impact on the result of a hand as they focus on running the game seamlessly. However, they have a specific area at their discretion and that is where to place the cut card.

The best online pokies platforms use a card slot to eliminate this probability, otherwise, the dealers have total control. If you notice that the dealer is constantly placing the cut in your favor, you should reward the gesture by tipping the croupier.

In all fairness, there’s no such thing as “over-tipping the dealer”. The amount depends on your generosity. Inexperienced players often leave after pocketing a few hundred dollars.

Tipping the dealer an extra $10 after winning $500 or $5,000 won’t break the bank, but it might make the dealer’s day. Try not to be like Uncle Scrooge after winning at the tables.

4. Tip if the Dealer Has Been Over-Cordial

Croupiers arguably don’t have the most envious job on the planet. For starters, they’re on their feet all day and are regularly bombarded by drunkards and jerks while putting up a straight face.

Therefore, when a casino dealer has gone out of their way to be overly courteous or cordial, it pays to reward their effort. Winning or losing at the table is a far pleasant experience with a friendly dealer on the side.

5. Tip if You Want to Appreciate Their Effort

Tipping is probably the biggest courtesy when you want to express gratitude. If the dealer has been hosting a game seamlessly and without undue delays, they’ve earned a tip from the punters.

Simply conducting a game in a friendly and professional manner is enough to garner appreciation. A good dealer adds to the casino gaming experience and it pays to show them that you appreciate their effort.

The demand for crypto casinos has quadrupled in the...
Read more
Community

Will Bitcoin Ever be Popular at Brick-and-Mortar Casinos?

Online casinos have been flirting with the idea of...
Read more
Community

Gambling vs. Investing in Cryptocurrencies: What Should You Choose?

The wave of skepticism and biased conclusions against cryptocurrencies...
Read more