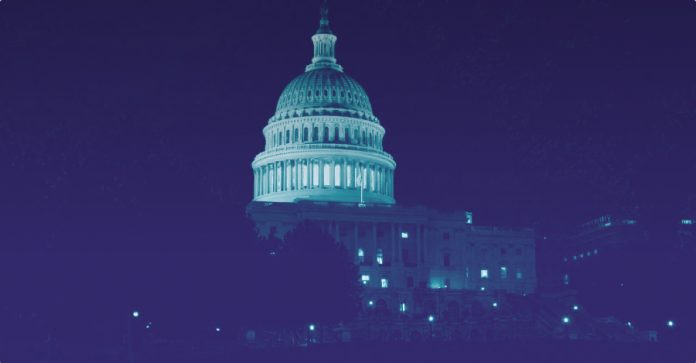 Four months can make a lifetime’s worth of difference to a project like Facebook’s Libra.

When he appeared before Congressional representatives in July, Libra co-creator David Marcus adopted an aggressive posture and refused to halt development of its blockchain and cryptocurrency for the sake of regulators. Back then, curiosity about the project was high and lawmakers were asking for a moratorium on its development until they could understand its implications.

Marcus’ boss, Facebook CEO Mark Zuckerberg, appeared more contrite in his Congressional appearance today. “Our views [about Libra] have clarified,” he said in response to a question from Rep. Juan Vargas (D-CA).

That clarification includes a commitment to withdraw Facebook from Libra, if it was not approved by U.S. regulators, a rebranding of Libra as a payment system instead of a currency, and an admission that their blockchain was, in fact, not decentralized like most cryptocurrencies.

Zuckerberg said Facebook would exit the Libra Association, if the latter went ahead and released a cryptocurrency that was not approved by U.S. regulators. “We won’t launch it [Libra] here or elsewhere in the world until we get FSOC [Financial Stability Oversight Council] approval,” he said.

Zuckerberg’s commitment is a sharp departure from his colleague David Marcus’ July non-assurances to Congress that his team would work with regulators even as it continued work on the project.

The Libra Association has lost a quarter of its partners and its proposed currency is under fire from regulators worldwide. A Facebook departure will be a further blow to its existence and could jeopardize its very survival.

Since it was announced in June, Libra has been the subject of intense government and regulatory scrutiny. Concerns about the cryptocurrency have ranged from its possible effect on government monetary policy to the implications of having one of the world’s biggest technology companies issue its own currency for transactions on its platform.

Today’s hearings held a mirror to those concerns and added some more, including diversity and the status of Libra. Rep. Joyce Beatty (D-OH) took Zuckerberg to task for failing to name the civil rights law firm that Facebook has hired in Washington D.C. while Rep. Al Green (D-TX) highlighted the Facebook CEO’s ignorance about the diversity in Libra’s Board.

Representatives also focused on Facebook’s past record on these topics to make their case against Libra. For example, Rep. Nydia Velasquez (D-NY) pointed to Facebook’s payment of a fine to EU officials for sharing data between WhatsApp, its messaging platform, and the social network as proof that Facebook could not be trusted. “Have you learned [from the fine] that you should not lie?” she asked Zuckerberg. But he was unable to provide definite answers to most questions.

Libra will (probably) not be decentralized

In between, Zuckerberg also let slip that Libra’s organization was centralized. “As a big company, we are not going to do anything that’s decentralized,” he told Rep. Carolyn Mahoney (D-NY).

In today’s Congressional hearing, Zuckerberg corrected course quickly from his verbal mishap and later told Rep. Vincente Gonzalez (D-TX) that decentralization was an aspiration and a goal but was not necessarily set in stone.

Throughout the hearing, Zuckerberg held out the prospect that Libra’s implementation and plans could change based on circumstances and regulatory engagement.

When Rep. Lance Gooden (R-TX) asked him about the dividends that Libra Association members were initially expected to receive for their $10 million investment, Zuckerberg demurred. “That idea has either morphed or been abandoned,” he said. A dividend payment could potentially set up Libra to be regulated as a security under existing SEC rules.

He also told Rep. Ed Perlmutter (D-CO) that Libra was a payment system and not “money.” The distinction is important because it could mean that the blockchain might be released without its currency.

To that extent, Zuckerberg also left the door open in today’s hearings for Libra to be launched with “individual sovereign currencies” in digital form, instead of a globally accepted coin. With governments around the world working on or mulling about digital equivalents of their fiat currencies, the idea might gain regulatory traction and will be easier to navigate for the association.

“We clearly have not locked down how this will work,” said Zuckerberg.