The Three Watershed Moments in Crypto in 2018–And No, They’re Not What You Might Think

The Three Watershed Moments in Crypto in 2018–And No, They’re Not What You Might Think 2018 was a hellish ride for crypto, but it did see three watershed moments. After the jubilation and talk of lambos and moons during the ICO-infested 2017, the past year ushered in an era of greater price restraint, hype restraint, and a toning down of the borish “when lambo” talk.

Also see: How a Swiss Watch Giant Copied a Bitcoin Startup’s Idea and Claimed It as Its Own

May History Be The Judge

When history gets its opportunity to judge 2018’s impact on the cryptoecosystem, I believe it will not be the obvious things that stand out as significant. Memories of the big chill and the prolonged bear market will have long faded. Just as it somewhat has toward 2017’s bitcoin cash fork, anger over the bitcoin cash hash wars will similarly have tempered (though Craig Wright’s disposition may not). The SEC’s persistent dedication to indecision will long be forgotten.

No, 2018 will be looked back on as the year in which human malfeasance and incompetence threatened to destroy cryptocurrencies despite unheralded developments in the background suggesting a promising future. It will tell a narrative that says we very much need crypto to protect ourselves from ourselves. Price volatility, regulatory permission, and coin tribalism in the long-run mean little. Cryptocurrencies will ultimately rise or fall with their ability to technologically achieve their purpose. Human egos and narrow self-interests will do whatever they can to ruin it, but the technology will either stand on its own two feet and crypos will thrive, or it won’t. 2018 saw a mixture of setbacks, unforeseeable events, and set-ups for the future.

This author’s view is that the three most significant–watershed–events of 2018 in cryptocurrency were the near-death experience of arguably the coin best-suited for mass adoption and micro-transactions courtesy of Francesco Firano (the setback), the flight to bitcoin from Tether during the great USDT race for the exits (the flight to bitcoin proving there is more trust in crypto technology than crypto people), and Pundi X’s rollout of POS machines in Colombia (the set up for a future of the more common use of cryptographically secure money over fiat). Those, I believe, were the three watershed moments for crypto in 2018.

The Set-Back: How One Incompetent Lunatic Brought ex-RaiBlocks Nano to its Knees

Nano, originally known as RaiBlocks (RAI), then Nano (XRB), before its full rebrand to Nano (with a ticker of NANO), was one of the most promising peer-to-peer cryptocurrency projects of early 2018. It transacts virtually instantly and for free, with mining undertaken by small amounts of computational power provided by the transacting parties. It is a peer-to-peer payment system based on a technology known as block lattice (not too dissimilar from the tangle protocol commonly associated with IOTA, Byteball, and the now discredited Oyster Pearl).

Excitement surrounding Nano reached fever pitch with its rebranding, its impending listing on Binance, and its surging price–hitting $20 USD from around $6 in April (albeit, down from a high of up to $30 in the madness of January). Indeed, to many, though its technological architecture is entirely different, it is the crypto that bitcoin could and possibly should have been:

$nano reminds me of the early $btc days. At first nobody cared; then it got really popular because the old system failed (transaction fees); then there was a huge exchange heist and people lost trust – guess what’s next

Then it got Firano-ed. Francesco Firano, once a member of the RaiBlocks development team, operated an exchange known as BitGrail, where around 75 percent of Nano was traded. BitGrail was allegedly hacked on February 14th, though many suspect Firano had a hand in either orchestrating, covering up, or faking the security breach. Those allegations remain unproven.

Legal action by Nano holders against Firano continues, but the BitGrail hack sapped Nano of much of the enthusiasm building up around it. In fact, at the time a lot of the brewing intoxication with Nano was replaced with a ferocious hatred of Francesco Firano–largely justified–and certainly not helped by the arrogance and indifference he repeatedly demonstrated toward, well, anyone who dared question his integrity.

The BitGrail debacle was not only an eyesore to a crypto community that remains reliant on centralized exchanges behaving themselves, but it also dealt a potentially fatal blow to one of the cryptoeconomy’s most promising projects. Nano currently trades at around $1.50, according to CoinBillboard.

While Firano faces the Italian legal system, his abrasive tweets have slowed to a snail’s pace, offering some respite to those with tender eyes and ears and a preference for good manners. He may not be as loathed as Roger Ver, but he should be. Whatever Firano is found guilty of, his demeanor was barely fit for a black market meth clinic, let alone public consumption. The Flight: Tether’s Demise Did Not Cause a Panic Crypto Sell Off, But a Panic Bitcoin Buy Up

Tether’s dramatic fall from grace had been predicted and expected by most crypto observers for a long time. In fact, it was perhaps the event many feared the most: if Tether Ltd’s claims that USDT were backed on a 1:1 basis with USD reserves were to prove false, the 2017 bitcoin bull run would evaporate, suggesting some truth to some findings that bitcoin’s price was overly reliant on Tether backed by money that didn’t exist.

On October 15th, the stablecoin plunged to as low as 87 cents as confidence in its validity plummeted. Many pundits took delight in watching, in real time, the unfolding of what many viewed as a pure money-printing scam. But if bitcoin’s price surge in 2017 was a product of that alleged scam, what would the knock-on effect on the OG cryptocurrency be?

The widely referenced University of Texas at Austin (UTA) study that attributed half of bitcoin’s 2017 price rise to the printing of USDT went so far as to accuse Tether and Bitfinex of manipulating the price of bitcoin with Tether. The fear was, naturally, that were Tether to ever unwind, the bottom would fall out of bitcoin.

In the end, Tether’s dramatic fall saw a flight out of Tether, but not to USD, (likely explained by fears of a lack of USD in reserve with Tether Ltd). The flight to quality was to bitcoin. As Tether Ltd went on to responsibly burn 500 million USDT, bitcoin avoided any collateral damage.

The implications will be substantial in the long run. Whatever role Tether had played in bitcoin’s price support was now gone. Bitcoin stood up against the collapse of faith in USDT and became the target of the flight to quality. While counterintuitive at the time, it makes sense in retrospect. Without faith that there were sufficient reserves of USD to back up Tether, the crypto community placed its faith in bitcoin.

She may not sit on the most nimble of blockchains, the old mare, but she sure is stable and–like a good Greta Garbo poster–has stood the test of time. 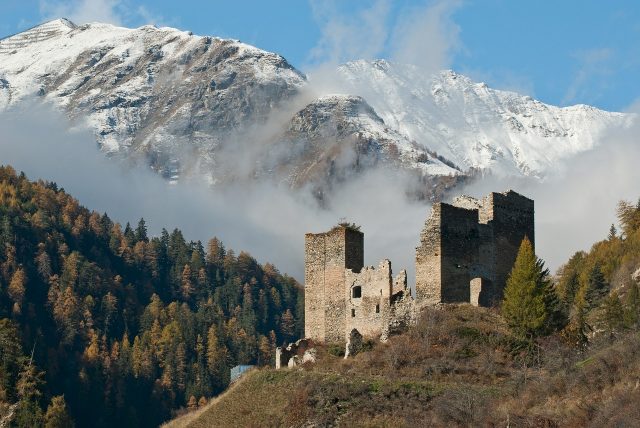 The Set Up: Pundi X Quietly Rolled Out POS Solutions to the Adoption Problem and We Barely Noticed

Their profile is unusually low and they don’t make endless announcements about upcoming announcements about inconsequential developments or non-partnerships. On August 19th, Pundi X signed an agreement with Manticora Capital to roll out 1,000 point-of-sale devices to retailers in Colombia as a first run trial. They plan to deploy 100,000 by 2021.

That date may well prove to be a defining moment in crypto history. It is not about merchant adoption. It is not about a POS terminal infrastructure deciding to accept crypto. It was about a crypto enterprise understanding that it was their responsibility to make crypto retailable–spendable by consumers and earnable by merchants.

The company has signed a deal with UTRUST, a leading payments gateway. It has arranged with Coinnest to release 300,000 multi-cryptocurrency POS cards to the exchange’s customers. In another significant, and yet again understated deal, it incorporated NEM into its point-of-sale infrastructure. That step means their XPOS machines connect to both the Ethereum and NEM blockchains, and can accept bitcoin, Ethereum, BNB, NPXS, LTC, XEM, and ACT, as well as credit cards. In May, QTUM signed up to join what is sure to be a growing list of cryptos accepted in Pundi X’s ecosystem.

No gimmicks. No champagne-drenched launches on yachts. Pundi X actually got more attention with its prototype blockchain phone, the X Phone, than it did with XPOS. It may take years to realize, but Pundi X’s production and distribution of physical POS devices may well prove watershed insofar as the organization understood it had to bring crypto to the people, to the merchants, and it had to provide the infrastructure to do that–not the other way round. 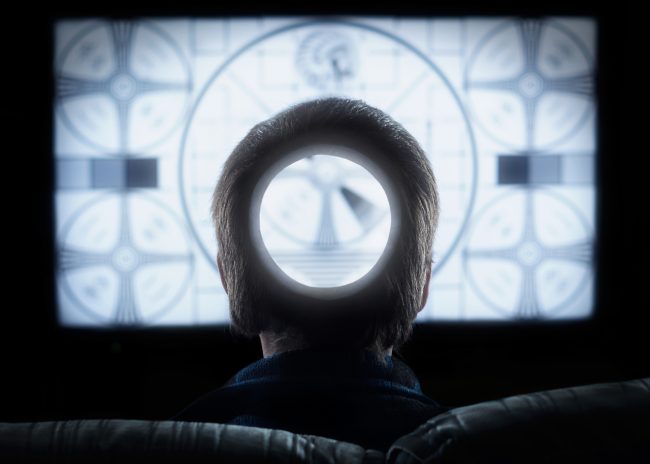 As we look back on 2018 years from now, Munger games, the prolonged bear market, and SEC rejections will look like mere noises and distractions. The three watershed events of the year that really matter–the February 14th near-death experience of Nano, the August 19th XPOS gateway moment, and the October 15th flight to bitcoin–demonstrate the promise of crypto, the faith it has earned over ten years, and its fragility in the hands of fallible people.

Because in order to thrive, crypto needs to be as trustworthy as it is trustless, it needs to be ubiquitous, and it needs to have shaken the bad eggs out of its ecosystem.

Sound off below. Was there another watershed moment in 2018 we missed? Is watershed too strong a word to describe these three events mentioned?