The Safest and Best NEO/GAS Wallets for Storing NEO Coin 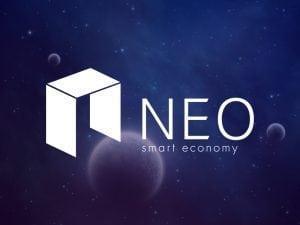 What Is NEO Coin and What Is GAS?

People often ask, “What is NEO coin and how does it differ from GAS?”

Think of NEO coin as a share in a company. It represents part-ownership of the NEO blockchain.

GAS is a dividend paid to NEO coin holders. It is a sort of payment for using the NEO blockchain. GAS is a linked cryptocurrency that is used to pay for running apps and executing contracts on the NEO platform.

The important thing to keep in mind is that every NEO coin that you own will automatically generate GAS at a rate that can earn you (at current exchange rates) almost 7.5% in annual returns.

How to Store NEO and Gas

Before moving on to storage, let’s take a quick look at which exchanges you can trade NEO on. Here are the most popular exchanges that support NEO:

Once you have purchased NEO coins on a cryptocurrency exchange, you need to store them in a NEO wallet that not only allows safe storage of NEO, but also claims and stores free GAS that accumulates while storing NEO.

How to Select Best NEO Wallets

Regardless of their type and functionality, wallets are an integral part of the cryptocurrency ecosystem. All cryptocurrencies need a wallet address for storing, transacting, and—in NEO’s case—claiming GAS.

You can select your cryptocurrency wallet from the list of the best NEO wallets below. But, if you are keen on shopping around on your own, make sure you take into consideration the following important factors to select best NEO wallets:

Now that you know how to select the best wallets for NEO coin, let’s look at the different types of wallets that are available.

Types of Wallets to Store NEO Coin In

There are various types of wallets to store NEO coin in: hardware wallets, software wallets, Web-based wallets, and paper wallets.

All of these cryptocurrency wallets are differentiated based on the interface that supports them and the way the wallet stores your keys.

The best NEO wallets are those that have a high safety rating and the capability to generate GAS from their stored NEO coins. The following wallets are all very safe, and—except for the paper wallet—have GAS-generating capability. NEO-GUI, which is NEO’s official desktop wallet, is developed by the NEO team. Currently, it is compatible only with “Windows 7 (Service Pack 1),” “Windows 8,” and “Windows 10.”

NEON Wallet, a desktop wallet, is one of the most popular NEO wallets. Although this wallet was not created by NEO developers, they have reviewed it and have found it to be totally safe. It is compatible with Mac, Windows, and Linux.

Ledger Nano S, a hardware wallet, is the most secure wallet, especially for long-term storage. This wallet works with the NEON wallet to claim your earned GAS.

NEO Tracker is an open-source project. The great thing about this wallet is that it is officially an offline wallet. Although it uses a Web browser to generate data and claim GAS, nothing is ever stored on NEO Tracker’s servers.

NEO Wallet is a lightweight Web wallet that was developed by the NEO community. Even though it is a Web wallet, it is very secure; nothing is ever sent to its servers. The wallet is currently available through “Google Chrome” and “Microsoft Edge.”

Ansy, a paper wallet, involves pieces of paper with the private address and public address printed on them. The public address can be used to send any amount of NEO to the wallet, and the private address can be used to spend your tokens. Although the funds are very secure in this wallet, the big drawback is that you won’t be able to claim GAS with it. Ansy is currently available through Google Chrome and Microsoft Edge.

NEO CLI is another official NEO desktop wallet. Since the wallet is controlled by command-line prompts, it is mainly for advanced users who are familiar with command language. The NEO CLI wallet is compatible with Windows and Linux.

Since NEON wallet is one of the most popular wallets for storing NEO coin, here are a few things to know about this wallet.

How to Create a NEON Wallet

How to Use a NEON Wallet

Once the page opens, on the left-hand side, you will notice your NEO and GAS holdings, the U.S. dollar value of your wallet, and your NEO address.

On the right-hand side of the page, you will see the place for your list of transactions.

How to Move Funds to NEON Wallet

Since you are now familiar with how to store coins in NEON wallet, let’s see how to claim GAS and how to withdraw GAS from NEON wallet.

How to Claim GAS in a NEON Wallet

This is the easiest instruction ever. You virtually do nothing.

Once the NEO funds are in your NEON wallet, the GAS automatically starts building up. Give it a week or two to build up to a significant amount, then log in to your wallet and click on the green button that says “Claim X Gas.” Once you claim your GAS, it will be reflected in your updated GAS balance.

How to Send NEO/GAS Out of the NEON Wallet

Yes, NEON Wallet is very safe. In fact, since many people were wondering “Is NEON wallet safe?” the NEO developers subjected the wallet to a thorough review and gave it a 100% safe rating.

To be absolutely frank, whatever the cryptocurrency, I’m almost always in favor of a hardware wallet like the Ledger Nano S.

But, in the case of NEO, I prefer the desktop wallet NEON, because it can claim GAS on its own steam, whereas the Ledger Nano S has to be linked to the NEON wallet in order to claim GAS. Of course, the 100% safety confirmation by the NEO team played a part in my choice.