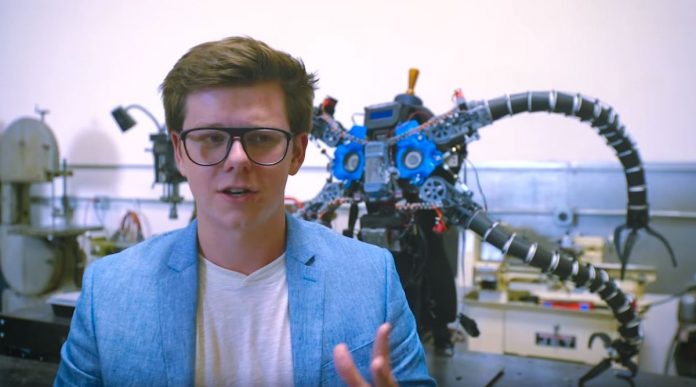 We have seen some wild Bitcoin price predictions over the years. Some people feel the currency will soar, whereas others see it crash to near-zero. Erik Finman, a young adult who invested in Bitcoin a few years ago, is still bullish on BTC. In fact, he thinks the price may surge by an additional 62% before December 31, 2017. That trend would put the Bitcoin price at nearly $7,000 when everything’s said and done.

Optimism is a beautiful thing when it comes to the Bitcoin price. The year 2017 has given people plenty of reasons to be optimistic as well. With a major price growth for the first nine months, it is hard to “call the top”. Erik Finman claims Bitcoin may go as high as $7,000 in the coming months. That would be quite an accomplishment, considering the Bitcoin price has seen its ups and downs all year.

It is worth mention Erik Finman invested in Bitcoin when the price was $12. Today, the same Bitcoin is worth $4,550 at current prices. Even so, he still remains one of the more bullish investors. In his opinion, there’s no reason why the Bitcoin price can’t surpass $6,000 and even $7,000 this year.

Assuming that is the case, we may see an equally sharp retrace, though. However, the markets are recovering quickly this year, that much is evident.

Even the recent ICO scare can’t keep the Bitcoin price down. We have seen a few days with declining values, but things picked up again pretty quickly. Considering how this ICO ban doesn’t affect Bitcoin, the change isn’t entirely surprising. These initial coin offerings have very little to do with Bitcoin so far. In fact, most don’t even allow Bitcoin-based investments. They either accept Ethereum, Waves, or other payment methods that aren’t Bitcoin. While the ICO ban isn’t good news, it doesn’t really matter for Bitcoin in the end.

Erik Finman also believes China will change its mind about ICOs. After all, the same occurred with Bitcoin not too long ago. However, it is easier to denounce ICO tokens than it is to control Bitcoin.

The latter option is impossible, whereas ICOs are issued by centralizing entities and traded on centralized exchanges. China remains pretty bullish on Bitcoin and most altcoins, which is a good sign. It may help Bitcoin reach that $7000 goal in the next few months. A bullish attitude from an 18-year-old investor certainly is something to behold.