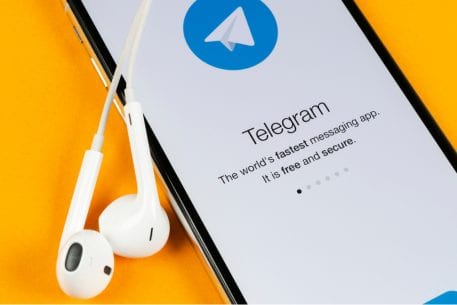 While Facebook’s proposed cryptocurrency Libra hangs in regulatory limbo over concerns of money laundering and a threat to financial stability, popular social network Telegram has plans to release its own cryptocurrency by October, according to a report by The New York Times.

“A whole new economy saturated with goods and services sold for cryptocurrency will be born,” the company said in 2017.

Telegram said the first batches of the coin, called Gram, would start appearing in the next few months. The company is going to also create digital wallets for Gram for the company’s between 200 and 300 million users.

Unlike Libra, which was announced far in advance and is tied to real currency and supposedly partnered with banks and financial institutions, Gram is not tied to anything and its value will depend on how much people are willing to pay for it.

“Anyone trying to build this type of token system has to be careful on any number of levels with regulators,” said Richard Levin, an analyst who works in cryptocurrencies law. “I suspect that regulators will take a very close look at this offering.”

Telegram, unlike Facebook, has never really been concerned with how its viewed by governments, as its creator, Pavel Durov, was forced to flee Russia after he had issues with the government there.

The app makes it possible for people to send encrypted messages to each other, which has made it popular with both terrorists and protestors. Because of this, many governments, including Iran and Russia, want to shut the app down.

Telegram said that once Gram is released, it will exist on a network of decentralized computers over which Telegram will have no control. Many in the crypto community are skeptical about the currency, and many chose not to invest in it. Others say that there are potential issues with the coin because of Telegram’s highly publicized security issues in the past.