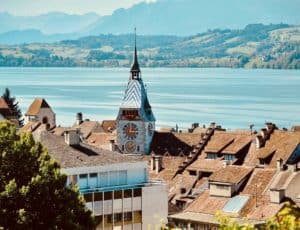 The Swiss Federal Council has moved to improved the legal certainty regarding the framework for the utilization of blockchain or distributed ledger technology (DLT).  During a meeting on November 27th, the Federal Council adopted language designed to mitigate risk while removing barriers for DLT utilization.

Switzerland has emerged as a leading jurisdiction for the development of DLT. The new technology, frequently utilized in financial services startups, has benefited from a supportive government. In December of 2018, the Federal Council published a legal framework for DLT pertaining to the financial sector. At that time the Federal Council said there is “an occasional need for adjustment,” including the monitoring and review of the potential for money laundering (AML) and terror financing risk pertaining to the usage of digital assets. The overall objective is to aid the nascent industry so Switzerland may “establish itself and evolve as a leading, innovative and sustainable location for fintech and DLT companies.”

The Swiss Financial Market Supervisory Authority (FINMA), the key financial regulatory, has been highly supportive of Fintech innovation and has introduced a Fintech license and as well as a Fintech sandbox.

According to the Federal Council:

“The development of DLT is predicted to have significant potential for innovation and efficiency gains in the financial sector as well as other sectors of the economy. In recent years, a remarkable ecosystem with innovative fintech and blockchain companies has developed in Switzerland, especially in the financial sector.”

Simultaneously, the Federal Council wants to maintain the integrity of the financial services sector guarding against any abuse.

At that time, the Federal Council felt the existing legal framework was already “well-suited”  to support new technologies including DLT.

In March 2019, additional amendments to existing legislation were submitted for consultation. The Federal Council said it refrained from creating DLT specific laws and that 80 submitted responses supported the Federal Council’s proposal in principle.

Now the Federal Council has adopted the “dispatch” on the adaptation of federal law to developments in distributed ledger technology. The proposal has been revised and refined in a number of areas as a result of suggestions received during the consultation process.

The Federal Council has posted three different documents including a Consultation (in German) on the Federal Act on the adaptation of federal law to developments in the technology of DLT.

This federal legislation, which is designed as a blanket framework, proposes specific amendments to nine federal acts, covering both civil law and financial market law. The Federal Council states that Parliament will examine the proposal in early 2020.

“The proposed laws that are expected to come into effect in January 2020 will position Switzerland as a base of regulatory certainty around crypto and blockchain-based business models. This is tremendous news – now businesses must use and adapt the new licenses to fruition. The market will determine the ultimate winner, but now companies can invest with more certainty around how the regulator will view their business, which will in turn eliminate a huge risk for businesses that are operating in the space.”

“The Crypto Valley Association welcomes the move from the Swiss Federal Council to take action and proactively address the existing needs in the Swiss market. Investors, entrepreneurs, and businesses, in general, are always more attracted to legal certainty and an environment that takes them into account. Therefore again, Switzerland is showcasing its ability to permanently improve and not accept the status quo.”

An update may be expected in early 2020.