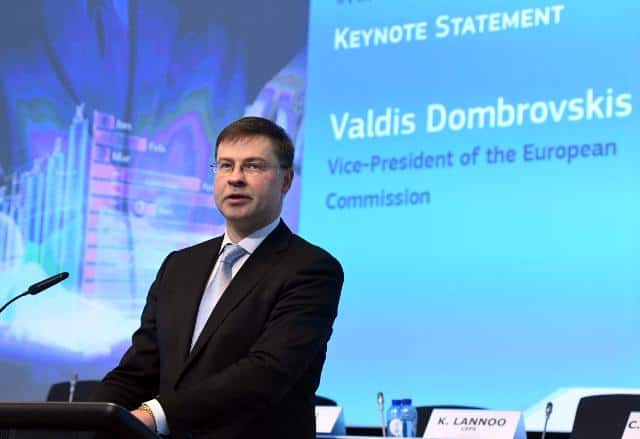 The European Union’s finance commissioner-designate, Valdis Dombrovskis, has told fellow members of Europe’s governing body that he plans to propose laws for the regulation of cryptocurrencies, Reuters reports.

“Europe needs a common approach on crypto-assets such as Libra…I intend to propose new legislation on this,” Dombrovskis told EU legislators assembled at his confirmation hearing Tuesday.

The announcement represents an about-face for Dombrovskis, who in his previous term as finance commissioner at the EU reportedly “resisted” implementing laws to govern cryptocurrencies like Bitcoin based on the notion that their use was relatively insignificant.

But Dombrovskis now says that the advent of Libra, Facebook’s proposed private global cryptocurrency network, “could have systemic effects on financial stability.”

Given the scale of Libra, which might be rapidly implemented among Facebook’s 2.4 billion users, new rules are called for, Dombrovskis has now concluded.

No timetable has been set for the introduction of the legislation, however.

Dombrovskis promised that the new laws will be designed to support financial stability, protect consumers and address risks of money-laundering involving cryptocurrencies and tokens.

Cryptocurrencies pose new risks when it comes to cross-border and criminal money transmission because they can be easily traded across borders via the Internet.

Dombrovskis is a former prime minister of Latvia. He reportedly said he sees “a lot of merit” in the idea of a pan-European supervisory regime for crypto.

In the same talk, Dombrovskis also reportedly promised to create a “sustainable Europe investment plan” to enable 1 trillion euros ($1.1 trillion) of private and public green investment money to start flowing during the next 10 years.

Guarantees in the EU budget and from the European Investment Bank would back the fund, said Dombrovskis, although most of the money would come from the private sector.