Soldier Jailed After Filming Himself Rape Child on the Darknet

A 50 year-old Freiburg man will serve an 8 year prison sentence after being found guilty of raping children. It was revealed he also shared his videos on the dark web. The verdict came in last week at the local district court in Germany. He was also ordered to pay 12,500 euros for court fees rendered. 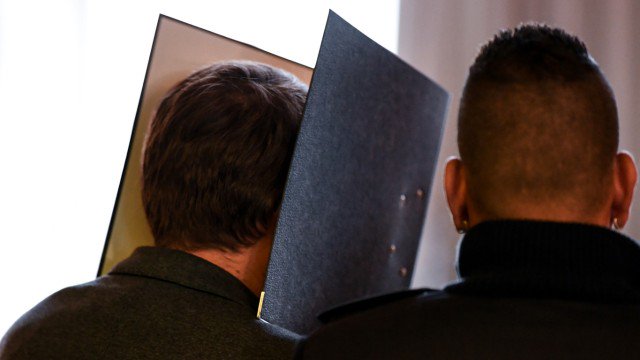 In the Staufen’s case, the court heard that S. Knut raped a nine year old boy twice, filmed the abuse and then spread the video as child pornography on darknet forums and darknet marketplaces. The prosecution demanded that the man be imprisoned for a period of time no less than 12 years and face subsequent preventative measures, including castration. Then, the defense tried to plead with the court to give the man 4 years without the preventative measures. However, upon giving the ruling, Judge Stefan Bürgelin said that a preventative measures lacked any clear basis and thus dismissed it.

Psychiatric expert Harmut Plenies attested to the defendant that the man had been taking advantage of “abnormal sexuality”. According to the Süddeutsche Zeitung report, he said that the man needed to be “taken care of permanently”. However, the appraiser did not support the preventative measures. He believed that although there could be a relapse in the condition of the suspect, the matter was not serious enough to deserve such a harsh treatment.

The psychiatrist also told the court that the defendant had been penalized in 2007 after he was found with the possession of child pornographic material. However, he had not been involved in the criminal offense of distributing the material or committing the crime on a minor in Staufen. Plenies added that for first time offenders, the preventative measures is not deserved. He also noted that mental illness was not this case..

In a previous hearing, the prosecution had described the deed as ‘particularly cruel and inhuman”. It argued that the child had no strength or chance to fight back against the offender. Instead, the little boy was tied up, abused and humiliated in a brutal manner.

Testifying in the court, a police officer said that the defendant had been fond of child pornographic material for a long time and it could have motivated him to try out on the nine-year old boy. She said that the material included sexual abuse of kids, bondage, as well as killing fantasies. She also noted that there were indications that the man may have abused children without getting caught.

During the trial, the Bundeswehr soldier was removed from his service. He confessed to raping the 9-year old boy. However, he denied that he had committed sexual violence on other children.

The crime he committed against the kid shocked even investigators. Local journalists noted that the prosecutor’s voice was even faint from sheer horror because of what was written on the page of testimony. Some of the finer details of the charges and the process were excluded from public hearings. Furthermore, the ruling was held behind closed doors. Personal rights were upheld for the defendant and his privacy.

To make matters worse there is now an investigation into the child’s mother, and her partner, who may have solicited their child for abuse. It is possible this was not the first time the 9 year old was raped or abused sexually. All contact between them and the soldier was made using the dark web and other onion sites. He is one of two convicted individuals, but there are six others in custody.

The partner is also being accused of raping the boy several times. Charges are being set forth against the mother too, since she ignored all the actions of rape with negligence. To ensure that the boy couldn’t remember or report anything about the rape, the mother would then sedate him according to investigative reporting on this Darknet scheme. The court made a decision to indict each of the men individually, all in the coming months.