Scan the top 10, 20, or even 30 coins on Coinmarketcap and you’re talking figures to make Warren Buffet break a sweat, with coins having market caps upwards of a billion dollars. For rookie investors, these whoppers are safe havens – providing about as much security as is possible in this hair-raisingly volatile crypto market.

Yet, perhaps your inner crypto-hipster calls for something underground; something that hasn’t hit headlines yet that’s potentially as good as gold. Naturally, you might think about flipping the chart on its head in search of an undervalued diamond in the rough.

To get you started, we walk you through 5 small market coins with some seriously promising partnerships. 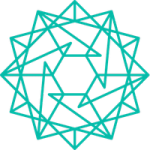 A peer-to-peer renewable energy marketplace based on Ethereum, Power Ledger is positioned to become the backbone of the booming renewables industry. With support for transmission data, carbon trading, wholesale market settlement and more, POWR is an energy official’s dream and is becoming exactly that.

It should come as no surprise that they have a number of political partnerships, including with government-backed BCPG in Thailand, US-based NGO Helpanswers, not to mention financial backing by the Australian government.

Weighing in at $133 million by market cap, POWR is no pipsqueak by any means but there’s potentially room for a 5-10x improvement as they roll out renewable energy networks globally. 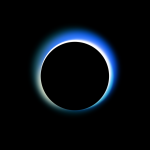 There’s a million and one use cases for blockchain’s trustless immutability, but few are more apparent than for voting. Horizon State’s decision-making and voting platform is set to be a game-changer, effectively creating a bulletproof ballot system that’s clean, cheaper, streamlined, and unhackable.

The Australian project has attracted the attention of none other than the UN, with HST helping realize their vision of a transparent, inclusive (democratic) global landscape. Having already been used for multiple nation-wide Australian polls and received backing from software giant SAP, Horizon State may be replacing that old-school ballot box in your local area soon enough.

Sitting at a market cap of just under $25 million, this little guy is a steal with plenty of potentially bullish movement on the cards. 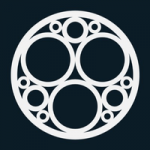 SONM’s “Universal Fog Supercomputer” might be a mouthful to digest, but once you understand the concept you’ll be reaching for a second slice. Simply put, SONM combines the power of all computers on its network, indeed offering a world supercomputer capable of complex computing, page hosting, and nearly any old process imaginable.

Looking at affiliations, the first promising sign was SONM’s entrance to the Open Fog Consortium, a collaborative effort to boost fog computing founded by some of the biggest names in the game: Intel, Dell, Cisco, Microsoft, Arm, and Princeton University. It seems corporate interest wasn’t just piqued by the concept of their ICO, with SONM having just announced entrance into Intel’s exclusive Cloud Insider program.

What is truly promising about the SONM project is its ever-expanding web of partnerships with complementary organizations that will benefit from SONM’s supercomputer capabilities: Dbrain (neural network training), Aion (blockchain network) and Storj Labs (decentralized cloud storage).

With a high level of interest from corporate giants and startup tech companies, and a current market cap of under $49 million, SONM could hit a home run once its supercomputer takes hold. 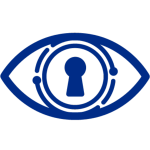 What market is more evergreen than food or drugs? Ambrosus is a blockchain-based ecosystem aiming to inject trust and traceability into the multi-trillion dollar food and pharmaceutical industries.

We’re talking high-tech sensors, data labs, and supply chain management; a whole ecosystem where consumers and corporations can use Ambrosus to establish trust in the origins and ingredients of their food/pharmaceuticals.

Having joined the fabled Ethereum Enterprise Alliance, the Swiss project is up to its neck in interest from corporations and NGOs, wanting “to choose the best partner for a long-term collaboration and to avoid squabbles and problems.”

Trek Therapeutics has engaged Ambrosus for clinical trials, Nestle is in preliminary talks about a pilot project, and Ambrosus is in talks with the United Nations to see their technology implemented globally. As the project’s CEO and CEO used to sit high up on the food chain in Nestle and the UN, it would be safe to say these prospective partnerships will go the distance.

Considering the hefty value of solving a trillion-dollar problem, their potential simply isn’t reflected in their $42 million market cap. Hold on tight, because when this one goes it will surely light up like a Christmas tree. 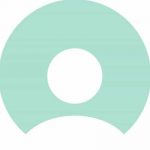 Creating a crypto-business on Ethereum might be a walk in the park for your average blockchain developer, but Simple Token makes launching your own token easy as Sunday morning. Using Simple Token, apps, communities or businesses can design and manage their own tokens without having to roll up their sleeves and see what’s under the hood.

Just about anybody can build a professional crypto-project on their platform, essentially making it like Ethereum, but… simpler. After lowering the barriers to entry, dozens of established businesses have teamed up with Simple Token to take their business into the decentralised economy. Already on board are Unsplash, the biggest online photography platform, and LytePay, a decentralized finance platform geared towards the fast-growing gig economy.

A little shy of $52 million, Simple Token’s market cap has ample room to grow as more and more businesses migrate to the decentralized economy.

While partnerships are certainly a positive sign when you’re on the hunt for an undervalued coin, it pays to take them with a grain of salt. At the end of the day, partnership announcements have time and time again added to the FOMO/moon/lambo vibe. They can overhype projects that underdeliver, or simply artificially spike the price of the coin as punters pour in and wait for a pump.

That said, if you’ve done your due diligence and are confident your little guy can deliver, there’s no reason not to take partnerships as a good sign. They certainly lend credibility and longevity because after all, the more parties a project has to answer to, the less likely it is to pull a Houdini.