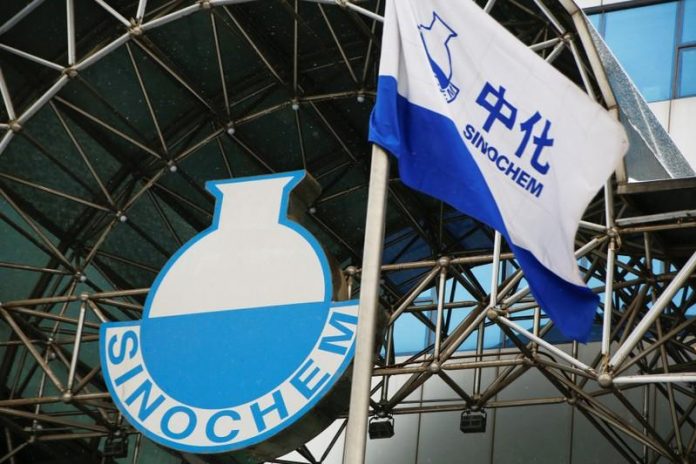 Shell and Macquarie entered a memorandum of understanding in July to explore building a blockchain platform for crude oil, one of the Sinochem unit’s incubator projects with growth potential, said one of the sources who has direct knowledge of the matter.

Under the MOU, companies also agreed to study the possibility of investing in the firm itself.

Shell and Macquarie both declined to comment. Sinochem’s press office did not respond to a request for comment.

If discussions come to fruition, it could bolster the prospects of the Sinochem technology unit which has floundered since its launch two years ago with heavy spending but little revenue

“Sinochem group has set an internal deadline for the technology firm to bring in strategic investors by the end of September, or the latest October, because the firm is in deep loss,” said the source.

The technology firm was created in August 2017 with a registered capital of 1 billion yuan to aid a planned $2 billion partial privatization of Sinochem’s traditional energy business which was shelved late last year due to poor market reception.

Sinochem has ploughed in over 600 million yuan into Sinochem Energy Technology, which has cut its staff by half from its peak of 1,000 workers, said the first source and a separate industry official with knowledge of the matter.

Gateway will use blockchain, the computer and cryptological technology behind the cryptocurrency Bitcoin, to reduce trade and settlement inefficiencies, improve transparency and reduce the risk of fraud.

Separately, at the group level, Sinochem is also engaging PetroChina Co and COSCO Shipping Energy Transportation Co Ltd, a unit of COSCO Shipping, for investing in Gateway, the sources said.