Should You Be Concerned About a Bitcoin Chain Split on August 1st? 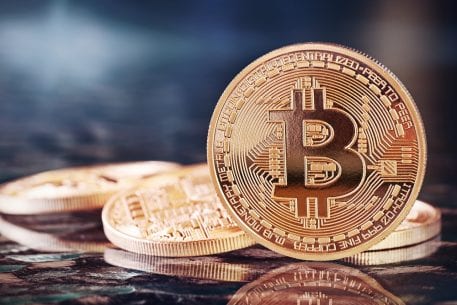 A lot of Bitcoin users are concerned about the upcoming August 1st deadline. That is only to be expected, as the user-activated soft fork is scheduled to go into effect on that date. As a result, a chain split is a more than likely outcome. This means users will need to take ample precautions to keep their bitcoins safe. That is much easier said than done, though.

It is not the first time rumors surface regarding a potential Bitcoin chain split. The same occurred back when Bitcoin Unlimited was attempting to take over the network as a whole. Luckily, that threat never fully materialized, leaving things at the status quo we are at right now. However, it looks like things may change in a few weeks from now, thanks to the user-activated soft fork.

To be more specific, the August 1st deadline marks the date on which the user-activated soft fork will enter its activation process. At this time, the Bitcoin core protocol will undergo some changes, assuming the activation of this soft fork is successful. However, the downside of activating this soft fork is how it could result in an actual blockchain split, which will leave us with multiple instances of Bitcoin.

The UASF activation has caused quite a bit of speculation on social media already. Some people claim the UASF will result in one chain with Bitcoin and SegWit activation, whereas the other one will be dominated by the Chinese mining pools opposing this solution. It is doubtful things will get out of hand to such a degree, though, as no one wants to be on the “wrong” Bitcoin blockchain by any means.

The big problem is how the UASF does not seem to have much community support. More specifically, there is economic support from exchanges, wallet providers, and other Bitcoin companies. However, the community itself does not appear to be keen on the soft fork by any means. In theory, miners and other users should follow the economic support over time. However, things are never as black-and-white in the world of Bitcoin.

Users who are concerned about the UASF should take some precautions right now. Any funds stored in an online wallet or exchange need to be withdrawn to a desktop, mobile, or hardware wallet as soon as possible. Most companies will upgrade to accommodate the UASF and keep funds safe, but it is a good idea to make sure funds are in your control before the August 1st deadline hits.

In the end, it is important to remember there may not be a Bitcoin chain split in the end. It is certainly a possibility, and preparing for the worst is never a bad idea. In the worst-case scenario, there will be two types of Bitcoin, both of which reside on different blockchains. This could result in the same scenario as we have seen with Ethereum and Ethereum Classic. A wallet backup is of the utmost importance in this regard, that much is evident.