Senators call on watchdogs on fintech regulation after Robinhood debacle 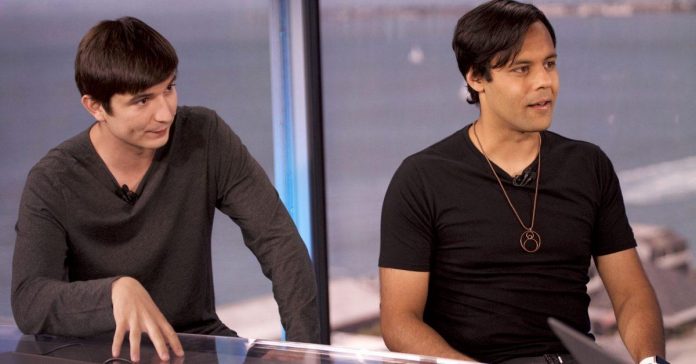 Robinhood’s botched attempt to launch checking and savings accounts did not go over well with lawmakers.

In a letter to regulators Thursday, U.S. senators said they were “concerned” that Robinhood and other fintech companies may be dodging regulatory scrutiny. They asked U.S. financial watchdogs how they plan to police start-ups that are moving into banks’ territory.

Seven U.S. senators sent a letter to Securities and Exchange Commission Chairman Jay Clayton and the heads of the Securities Investor Protection Corporation and the Federal Deposit Insurance Corp. on Thursday with a list of concerns about Robinhood’s products.

“We would appreciate an update on how the SEC, FDIC, and SIPC carefully monitor fintechs who, intentionally or not, blur financial products for competitive advantage,” the senators wrote in the letter. “Robust competition should not come at the expense of customer clarity and every effort should be made not to mislead customers.”

Senators said the letter was in direct response to Robinhood’s announcement of new checking and savings accounts, which advertised an eye-popping and industry-leading 3 percent interest rate. About 850,000 people signed up to its waiting list for the new products, according to the letter.

Just a day after making its announcement, Menlo Park, California-based Robinhood said it would re-brand and re-launch the product. Robinhood’s founders acknowledged that its plan, which aimed to offer no-fee accounts with no minimums, ATM fees, penalty charges or foreign transaction fees, “may have caused some confusion.”

But senators are still wary.

“We are concerned that re-branding Robinhood’s original announcement to cash management may simply be a way to circumvent regulatory scrutiny without offering full transparency to its customers,” the senators said. “Marketing an investment account as a traditional checking and savings account can be misleading and confusing for consumers.”

Robinhood also failed to contact SIPC ahead of the launch, according to SIPC CEO and President Stephen Harbeck. His main concern was that these brokerage accounts were not as protected by insurance like FDIC-covered bank accounts.

Brokerage cash management accounts are meant to hold cash until it can be invested in securities, and aren’t intended strictly for savings, Harbeck said. Money sitting in such accounts but not intended to buy securities may not be covered by the SIPC, which insures accounts for up to $250,000 of cash in the case of a broker’s failure.

The senators commended SIPC for “quickly and publicly” explaining these accounts would not be insured.

The group did say fintech firms serve a “vital purpose” and increase consumer choice and inclusion. But as the digital revolution expands, they urged regulators to “maintain the integrity of our financial system.”