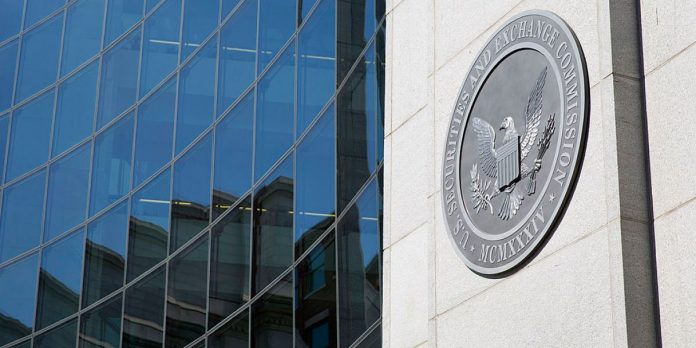 In the 1970s, U.S. stock brokers produced such a glut of paper records that exchanges had to close one day a week to keep pace. In response, the financial industry introduced a centralized electronic clearing system that could confirm trades within five days—a process that has since been narrowed to two days.

Now, a new technology could all but eliminate the lag to settle stock trades altogether. On Monday, the Securities and Exchange Commission gave the green light to three major brokerages, including Credit Suisse and Société Générale, to clear trades using the distributed ledger software known as blockchain.

The SEC’s approval, which is the first of its kind, came in the form of a so-called no action letter that will let the brokerages use a blockchain system designed by a New York startup called Paxos. In practice, this will mean that brokerages can begin recording a relatively small number of their stock trades with each other on the blockchain rather than on the legacy computers of the Depository Trust & Clearing Corporation, the industry-owned collective responsible for settling and clearing all trades.

“The plumbing of the market hasn’t changed since the financial crisis. It’s the same as 2007, which is frankly scary and why we started Paxos,” said Paxos CEO Charles Cascarilla, a Goldman Sachs veteran who has also run a venture capital fund that invested in financial infrastructure.

The three brokerages issued statements praising the potential efficiencies offered by Paxos. On background, one senior executive acknowledged that blockchain-based stock clearing is very much an experiment, but one that could deliver enormous advantages to the markets if it succeeds.

In an interview with Fortune, the executive said a shift from the current system of “T-2” to same-day clearing could free up large amounts of cash that is currently tied up in the clearance process.

“Each of us has to hold significant amounts of capital against the risk of a bad scenario like what happened to Lehman Brothers,” he said, citing the trading firm that collapsed amid a liquidity crisis in 2008. “You might be holding $5 to $6 billion on your balance sheet and if you can accelerate to same-day settlement, you can reduce that amount significantly,” said the executive, who spoke on the condition of anonymity because he was not authorized to discuss the process publicly.

The executive added that, at the outset, the brokerages will be using the blockchain process to clear small amounts of highly-traded U.S. equities such as IBM or Apple.

If the process goes as planned, Cascarilla says, other major brokerages will eventually move to the blockchain-based clearing process, and the overall volume of trades using blockchain will increase.

According to Cascarilla, the Paxos technology is built on a private version of the blockchain known as Ethereum, and is able to handle 5,000 to 10,000 trades per second. While Paxos will record transactions on behalf of the brokerages at the outset of the process, the brokerages expect to bring the process in-house in the future.

The system is also built to be integrated with the existing Deposit Trust Corporation, which maintains records of all securities traded in the U.S. Cascarilla predicted the Paxos system in the long term could not only reduce the amount of capital banks must allocate to clear trades, but reduce record-keeping expenses.

“The equity business is under a lot of pressure so people want new ways to save costs,” he said.

Settling stock trades is not Paxos’ first venture. The startup has also made a name for itself in the cryptocurrency world by selling so-called stablecoins tied to the U.S. dollar, and offer digital tokens backed by precious metal.