Report: Crypto Crime On The Rise 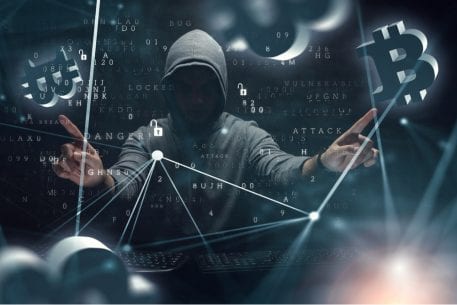 There has been a larger amount of cryptocurrency crime this year than last, and criminals are getting away with more and more money, according to a report by Reuters.

A recent report by CipherTrace, a blockchain forensics company, said losses from digital crypto crime are at $4.4 billion, which is an increase of 150 percent from 2018’s total of $1.7 billion.

“The 150% increase in crypto theft and fraud reflects how criminals are adapting for bigger and better scores,” said Dave Jevans, CipherTrace chief executive officer. “Criminals chase money and the money is right here and ripe for the taking. Little attacks are often easy to defend against, but targeted attacks are far more lucrative.”

One of the biggest thefts involved crypto wallet and exchange PlusToken, where customers lost about $2.9 billion in a ponzi scheme. Also, $195 million was lost from Canadian cryptocurrency exchange QuadrigaCX when its owner, Gerald Cotten, died suddenly.

“Even without the two biggest thefts and scams, we are still witnessing many multi-million dollar crimes,” Jevans said. “There is a relatively consistent increase in criminal activity year over year and we don’t expect that to change overnight.”

Some crimes don’t even get reported, especially if they’re under $5 million.

“Today’s attackers are patient and willing to spend more time waiting for a payout,” said Jevans. “Not only have we seen more and more $100 million thefts and scams, those responsible are acting carefully, only cashing out small amounts to stay under the radar.”

There are also reported weakness in know your customer (KYC) requirements for crypto exchanges, with about 65 percent of the top 120 exchanges in the world having problems with it.

“It will no doubt have implications as regulators seek to have KYC information shared globally,” said CipherTrace.