PolloPollo: The crypto project putting chicken back on the table in Venezuela 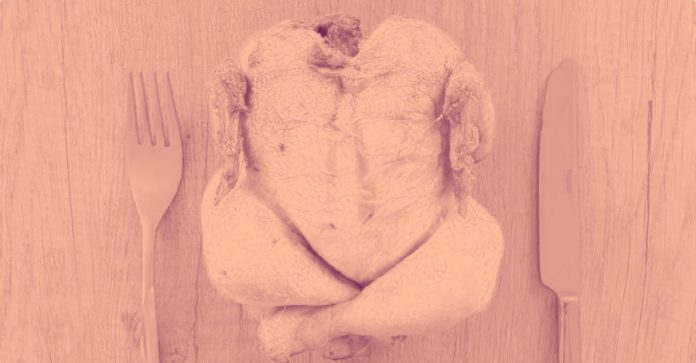 In a TV broadcast last month, Venezuelan President Maduro suggested installing hen coops in classrooms to feed the country’s starving children. It’s a measure of the enduring humanitarian crisis that he’s persistently insisted does not exist. And this stance, say aid workers, makes it impossible for international agencies, like UNICEF and the World Food Programme, to airlift and distribute the supplies that Venezuelans so desperately need.

Chicken is one of the former staples that has become a rare luxury for many in this inflation-torn country; a whole bird now costs a third of the average monthly wage. But a new initiative, PolloPollo, is hoping to put poultry, and other groceries back on the table once again. PolloPollo is using blockchain to deliver on its promise, but also to address questions of transparency and accountability that have been levied against other donation programs. And it’s elected to downplay the tech stack in favor of the project’s impact on its customers.

It’s not the only one. Further afield, the World Food Programme has also been using DLTto distribute aid to those who need it most since early last year, and is now both expanding the ground it covers and improving on the technology. Decrypt asked the creators of the two projects how much of a difference they’re making. Could the future for food aid already be here?

No need for even a smartphone

“One of the main aims of the PolloPollo project is to create an abstraction layer to make this new technology available to people in a way that they don’t have to know how things work underneath,” Casper Niebe, PolloPollo’s founder, told Decrypt.

Aid recipients don’t even need a smartphone. They simply have to register on the platform’s website, and post a request.

There, suppliers advertise bundles of produce—$5-worth of chicken or a $4 grocery combo, for example.

When a third party responds to the request and makes a donation on the platform, the person requesting food gets a text message or an email. They then pick up and digitally sign for their supplies from a food retailer or producer nearby.

The shop or farm then receives payment for the produce in “bytes,” the cryptocurrency of the Obyte platform PolloPollo is built on.

The final step is when an Obyte representative visits the supplier and converts the cryptocurrency into Venezuelan Bolivars, or another crypto.

Niebe said that the project was born out of his frustration at the lack of transparency in current aid distribution platforms. Transaction fees and costs eat up around 3.5 percent of the average donation, according to estimates, and former UN Secretary-General Ban Ki-moon has warned that up to 30 percent of development funds are lost to corruption.

While Niebe thinks that cryptocurrencies offer a more transparent alternative, current initiatives to deliver food such as EatBCH and Bitcoin for Venezuela, have been criticized for relying on photos to demonstrate that supplies have reached their targets.

Niebe believes PolloPollo is a better solution, one that offers more accountability. With their digital signature, the aid recipients activate the smart contract that ensures suppliers are paid. And donors are notified via the PolloPollo platform.

Since June, he’s been working around his day job at Danish telecoms company Uni-tel, where he works as a project manager, developing PolloPollo in his spare time, and working with other volunteers on the ground in Venezuela.

“PolloPollo is putting the products needed by the people in their hands directly,” Santiago Saso, Obyte’s representative in the Caracas suburb of San Antonio Miranda told Decrypt.

“All the people who applied and received food always want to apply again for more and ask how it’s possible,” he added. “The packages have a good amount of food and often last for a couple of weeks.”

Saso is also the founder of local peer-to-peer crypto exchange, Capybara. He told Decrypt that he’s well known to retailers in the area, so they trust him. And he added that “we have a good amount of people who use cryptocurrency to live a little bit better than most of the people in the country.”

PolloPollo’s name comes from the project’s very first supplier, a chicken farm. But other groceries are also available, and there are plans to expand the range.

The woman on the left received a donation of grain for her chickens. IMAGE: PolloPollo

Niebe also wants to enable donations to the platform in fiat but, currently, anyone wanting to donate needs to set up an Obyte wallet. So, while the platform is still in development, the project only operates in two locations (the second is near the border with Colombia.) It has around a dozen suppliers, and doesn’t advertise, so aid recipients only hear about it through word of mouth.

Eventually, there are plans to launch a stablecoin that will work with PolloPollo, said Saso. He believes this will encourage more donors to use the platform, and then they can invite more people to ask for food and more shops to offer produce. A pharmacy is high on his wish-list.

He said that, for those without government connections or access to remittances from abroad, things have been very hard—and reports that the average Venezuelan has lost at least 11 kilograms (about 24lb,) as a result of the food crisis, are true.

Blockchains as the future ballast for humanitarian aid

Cryptocurrency is no silver bullet. The technology is nascent; networks are in their infancy and Niebe said that PolloPollo is battling distrust—from donors, who may associate it with illicit activities like money laundering, but also aid suppliers and recipients, who liken it to the petro, Maduro’s reviled, home-grown cryptocurrency project.

This distrust is one of the factors that has led one of the earliest initiatives in blockchain based aid, to eschew cryptocurrencies altogether and focus on the underlying technology, with some spectacular results.

Since early in 2018, the World Food Programme has been using blockchain to address the food shortages that dog the 106,000 refugees who have fled Syria, and set up temporary homes in Jordan’s camps.

“Currently, we’re exploring the foundational blockchain layer, rather than cryptocurrency,” Houman Haddad, the UN executive behind the project, told Decrypt.

His initiative, Building Blocks, provides food vouchers for the refugees to redeem in local stores. It uses a “permissioned” or private version of the Ethereum blockchain, together with iris scanning technology, to manage the data underpinning the delivery of the vouchers.

To buy food, a recipient need only go to a participating supermarket, where their iris is scanned and the price of the food they need is deducted from the family’s account.

He does see a future role for cryptocurrencies as a way to distribute aid, but believes that those available today don’t fulfil that criteria—yet.

“For one thing [the cryptocurrency’s] value should be stable; it needs to be legal—at least in our case—and it also needs to widely accepted,” he said.

Instead of furnishing refugees with crypto, Haddad’s dream is to roll out a more decentralized version of Building Blocks; one that all 40 of the organizations assisting people in the camps can use.

The upside of using a permissioned network is that the team can process transactions faster and more cheaply. But he believes that a blockchain in which agencies are able to coordinate their efforts would improve the transparency of their work. It would make it more secure and enable the limited resources available to stretch further.

Haddad said that, gradually, other organisations are coming on board–UN Women is the first to do so.

“Once the network grows, you’ll see positive effect—for us and for the refugees,” he said. The real value will come when we have a number of humanitarian organizations collaborating around a platform.”

Meanwhile, Building Blocks is expanding to Bangladesh and rolling out a blockchain that Haddad hopes will—eventually—service more than 800,000 Rohinga refugees.

Slowly then, and quietly, blockchain and crypto are beginning to make a difference to those who need help most. One chicken at a time.