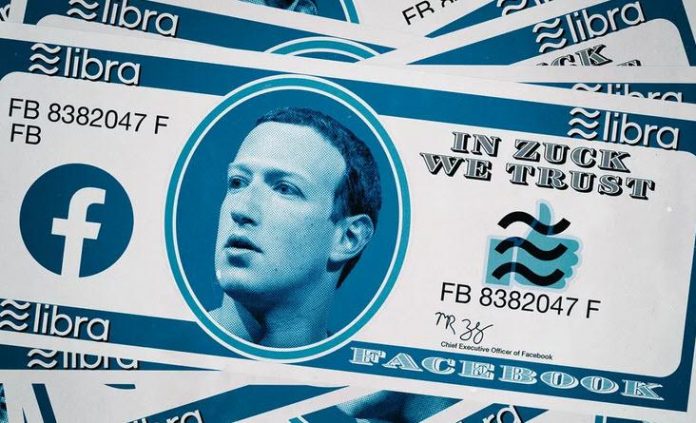 Just days after the Wall Street Journal reported that credit card titans Visa and Mastercard, who had initially agreed to back Facebook’s Libra, are reconsidering their involvement following a backlash from U.S. and European government officials, late on Friday e-payment giant Paypal also announced it was withdrawing from the group of companies Facebook had assembled to launch the global cryptocurrency-based payments network, dealing a blow to the social-media giant’s ambitions to overhaul financial services.

While Paypal didn’t cite a specific reason, it said it “made the decision to forgo further participation in the Libra Association at this time and to continue to focus on advancing our existing mission and business priorities as we strive to democratize access to financial services for underserved populations.”

“We remain supportive of Libra’s aspirations and look forward to continued dialogue on ways to work together in the future,” the statement continues. “Facebook has been a longstanding and valued strategic partner to PayPal, and we will continue to partner with and support Facebook in various capacities.”

Building a modern, low-friction, high-security payment network that can empower billions of financially underserved people is a journey, not a destination. This journey to build a generational payment network like the Libra project is not an easy path. We recognize that change is hard, and that each organization that started this journey will have to make its own assessment of risks and rewards of being committed to seeing through the change that Libra promises. We look forward to the first Libra Council meeting in 10 days and will be sharing updates following that, including details of the 1,500 entities that have indicated enthusiastic interest to participate.

PayPal’s departure is not exactly a shock: on Thursday the Financial Times reported that PayPal had begun distancing itself from the project amid increasing regulatory scrutiny. The company reportedly signaled its intention to skip a meeting in Washington, DC scheduled for today, and as the Verge notes, at least one primary concern for PayPal has been the lack of attention Facebook executives have paid to Libra’s considerable backlash. Another key concern is how the platform will combat money laundering activity.

Ironically, Libra is the brainchild of David Marcus, a former PayPal president who joined Facebook in 2014 to lead its Messenger division. In 2018, he formed a team within the social-media company to explore applications of blockchain, the technology that underpins bitcoin and other cryptocurrencies.

Like PayPal, libra was envisioned to be a way to send money between two people as well as a way to pay for goods and services online. Unlike PayPal, libra will run not on existing payments infrastructure but on a yet-to-be-developed blockchain network backed by a pool of real assets and currencies.

Facebook’s entry into the digital payments space threatened to upend the cryptocurrency ecosystem as the number of people that use Facebook is around 10 times the number of people that use PayPal every year, and the opportunity to deliver financial services to them motivated PayPal to sign on to libra early. PayPal also powers payments on Facebook’s existing platforms, including a new in-app shopping offering announced in March; libra was seen as a way to further cement ties between the two companies.

“We believe that our more than 20 years of payments expertise can not only contribute value to the Libra Association, but it also gives us the opportunity to work with and learn from other leading organizations,” PayPal Chief Executive Dan Schulman wrote in a blog post in June. The post has since been deleted.

The most likely reason behind PayPal’s departure is the regulatory blowback Facebook received in the past few months as lawmakers and regulators in the U.S. and Europe were quick to criticize libra after it was unveiled in June, citing concerns about how Facebook and other companies involved would protect users’ privacy and stop criminals and terrorists from using it to launder money. Additionally, as the WSJ notes, this summer PayPal was one of a number of companies that received a letter from the U.S. Treasury Department that asked for a complete overview of its money-laundering compliance programs and how libra would fit into it.

While losing PayPal does not necessarily signal the eventual unwinding of Libra, the company was a major financial player, alongside existing members like Mastercard and Visa, of the Libra Association. As such, losing PayPal is not a great sign for the health of the project.

It is also unclear what the sudden backlash against Libra means for the other cryptocurrencies: the price of bitcoin and various alt-coins has been largely stable on Friday, with no notable market reaction observed following the PayPal news.