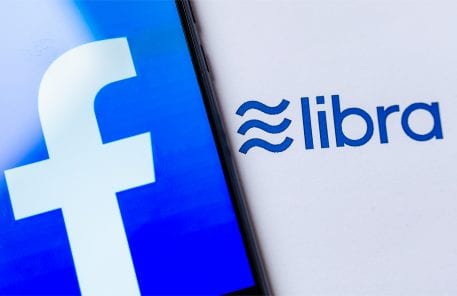 As has been reported, the Libra Association was, until Friday, comprised of the 28 companies had been backing the development and ultimate deployment of the cryptocurrency known as Libra. The mechanics of the consortium are that the companies tied to that association (a roster that includes Facebook) would invest at least $10 million to help cover operating costs of coming to market with the digital coins, and fund issuance of the coins, too.

The PayPal exit caps a week where the payments firm, along with Visa and Mastercard, had been rumored to be wavering in their support for the project.

On Friday, PayPal offered up a statement that the company “has made the decision to forgo further participation in the Libra Association at this time and to continue to focus on advancing our existing mission and business priorities as we strive to democratize access to financial services for underserved populations.” The company added that it is “supportive of Libra’s aspirations” and said it will look to partner with the social media giant in the future.

The PayPal move, though not explicitly tied to any series of events, comes as the Libra project has been criticized and scrutinized by several regulators across the globe, focused on privacy and security. Facebook, for its part, had said it would not have sole control over the crypto. Since the June announcement, here in the States, there were concrete calls to halt the project. As has been reported, Rep. Maxine Waters, the Democrat lawmakers who serves as chairwoman of the House Financial Services Committee, had gone on record to state that the crypto development should be halted while Congress “can get a handle” on Libra and said that Congress would look to “move aggressively” on the matter.

As reported by The Wall Street Journal, statements emailed to that publication from PayPal noted that the company has “made the decision to forgo further participation” in the association.

And in a statement that was provided to The Verge by the Libra Association, Dante Disparte, the Libra Association’s head of policy and communications, said, “Building a modern, low-friction, high-security payment network that can empower billions of financially underserved people is a journey, not a destination. This journey to build a generational payment network like the Libra project is not an easy path. We recognize that change is hard, and that each organization that started this journey will have to make its own assessment of risks and rewards of being committed to seeing through the change that Libra promises.”

In a nod to near-term roadmap, Disparte said the first Libra Council meeting will take place in 10 days, and that update would include “details of the 1,500 entities that have indicated enthusiastic interest” in participating.

There seemingly will be at least one empty seat.