OmiseGo 2018 Roadmap: Will This Be OMG’s Breakout Year?

OmiseGO is a project to keep an eye on. The team is determined to bring a freedom of financial services to Southeast Asia and, by extension, modernize the region’s economy. Documentation plays a critical role in determining if an individual has access to financial services and this has hindered economic development. It is an area that holds vast economic potential, with its ample human resources and citizens who are becoming increasingly educated.

China and India may attract all of the attention, but developing silently are the ASEAN nations of Southeast Asia, comprising of 11 countries. Together, they produced a total GDP of $2.4 trillion in 2015. Singapore’s GDP alone has grown from $2 billion to $295 billion in roughly 40 years. 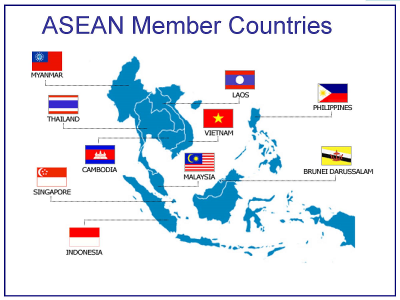 This has occurred in spite of the fact that the region’s economy has many obstacles. About half of the population remains unbanked, though that has improved over recent years. Transfer of money across currencies and nations is also expensive and time consuming. Trade is bogged down by tariffs and a comparatively weak infrastructure. To exploit the greatest potential, an overhaul of the system is necessary, and the nations have agreed that digitization will be a key factor.

This is where OmiseGO comes in.

OmiseGO’s 2018 Plan to Offer Financial Service to All

OmiseGO is a branching out of services from a pre-existing company called Omise, which served as a payments platform across the region, easing the payment experience for businesses and merchants. In the developing parts of the world, payment systems and online commerce aren’t as sophisticated as that of western nations, and Omise has sought to bridge that gap. Based in Thailand, they have grown popular in Indonesia, Singapore, and Japan.

The experienced OmiseGO team, led by Jun Hasegawa and Donnie Harinsut, is leveraging the decentralized power of blockchain to enhance this payment system and put it in the reach of millions of citizens in the region. The OmiseGO whitepaper was also co-written by Joseph Poon, the co-creator of Plasma and the Lightning Network. The team has also helpfully written a layman’s guide to the project.

For more information on the project, read our guide to OmiseGO here.

A Quick Recap of OMG’s Progress So Far

The team provides occasional updates regarding the development status on their blog. They have been somewhat tight-lipped on updates and this has been a source of slight disapproval for some investors. Many with investments consider this a minor concern, given the maturity and experience of Omise in their space. They have been in operation since 2013 and have been listed on Bloomberg. Their connection with Ethereum and grounding in strong fundamentals give them a little more leeway. Of course, the more info we have, the better, but OmiseGO is certainly a project that honors its intentions.

In October 2017, they released a roadmap. They have spent most of last year creating the fundamental architecture for the platform, developing strategic partnerships, and on outreach.

They also conducted their first airdrop last year, which was the first Ethereum token airdrop (we now have airdrops every other day—and not always ethical ones.) This set an example for similar coins that followed by launching similar airdrops.

2017 was also a good year for them in terms of partnerships. The nature of their goals necessitates partnerships with financial entities. To date, they have partnered with Global Brain, the Siam Cement Group, Thai Airways International, and DTAC, Thailand’s third largest mobile phone provider. OmiseGO has also secured investment from Krungsri Bank. Another exciting partnership is one with the McDonald’s outlets of Thailand, of which there are over 100,000.

From the few specifics that we can glean from their community conversations, they are deep into their work on building a usable platform. Staking is an important priority for them, but they won’t offer hard numbers regarding the possibilities. Personally, it seems that they are reserving their estimations to avoid generating unhelpful hype. Humility and rationalism pervades their blog posts.

OmiseGO Will be the First to Implement Plasma

The ultimate goal is to implement Plasma, which will address scalability issues. We have talked about the significance of the Lightning Network, the much desired solution to Bitcoin’s scaling problems. Joseph Poon, who built the Lightning Network, has worked with Vitalik Buterin to build Plasma. This is a solution to provide scaling for smart contracts which moves the workload onto an off-chain.

OmiseGO will be the first project to run the Plasma solution, and this is by far the most significant development on 2018’s task list. Theoretically, the Plasma solution will allow around 1 million transactions per second and could grow to the billions. Should this work as expected, it will be the shot in the arm that a cryptocurrency project needs to achieve mainstream adoption. As OmiseGO has access to Omise’s large existing user base, it could use this user base for a stress test on Plasma. 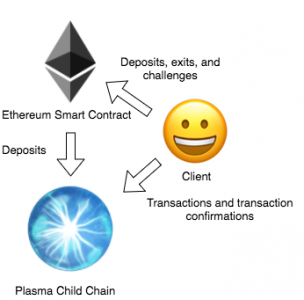 Other Milestones in Sight

The OmiseGO team has several other goals for 2018, all of which are necessary for it to become the primary payment platform between payment providers and for individual users.

The problem users face with the several different wallets and payment processes is that they are not interoperable. If a user has funds in “X” wallet, the funds in that wallet cannot be transferred freely to another wallet, nor can it be refunded into the bank account with any ease. Consequently, the money stays frozen in that account, with uses limited to the services of that wallet. Similarly, if one wishes to buy something through PayPal, it is first required to deposit money to PayPal through a bank account.

OmiseGO’s white label wallet aims to solve that problem by offering one source through which different payment services and wallets can interact with each other conveniently. This would allow the funds stuck in one wallet to be transferred to another, and let it flow more freely. Imagine being able to transfer or convert your frequent flyer miles.

OmiseGO has recently opened up their wallet code to developers, which paves the way for businesses to develop their own wallets. The wallet can also be designed to incorporate loyalty and reward programs. It is this customizability, along with easy integration with the OMG network, that makes it so appealing as a payment solution.

The wallet is expected to be released in Q2 2018. The wallet SDK has recently been made available for developers.

Staking is fast becoming the dominant way for users to earn from cryptocurrencies and OmiseGO should release staking features in Q2 2018. The DEX is being built into the consensus layer of the PoS blockchain. You can also cash out your stake in coins of your choice, which is a nice little feature that sets it apart.

Stakes will have to be locked in for a certain period and stored directly on the root chain. Validator nodes connect to the smart contract on which the staked coins are linked. It will be required to run a full Ethereum node. What’s really positive is that OmiseGO is taking steps to ensure that as many people as possible can stake, and not just crypto whales. They plan to include minimum fees directly into the protocol to prevent whales from excluding small validators. For those with comparatively small amount of funds, they suggest staking pools. They will update the community on this shortly.

The adoption of Plasma was considered with the decentralized exchange in mind. The DEX will be a conduit through which coins can be exchanged for each other, and even for fiat currency. OmiseGO even describes itself as a decentralized exchange and payments platform, making this one of their key services. Orders on this exchange are executed through a Proof-of-Stake mechanism, and when a large enough order is confirmed, the trade is executed. The OMG is being designed with the intention of trading across blockchains, something many similar platforms do not offer yet.

2018 is shaping up to be the year that OmiseGO goes from being a relatively unknown project to one of notable repute — or so many positive investors feel. That is because it is tackling some significant problems in the industry, while keeping to itself and quietly working on solutions.

There is no hype, no lavish fanfare or pomp, just a team that is humbly drawing up solutions for a dire market that very much needs fixing. The fact that its services can be applied globally is simply an additional benefit and reason to consider it as an investment.

With the release of Plasma and staking options, it would be no surprise if the OMG token rises in price this year. For that reason, it may be a good idea to consider making a reasonable investment in the project. That said, as always, do your own research and never invest more than you can afford to lose.

If you’d like to hear what’s going on in the community before you invest or simply keep up with their developments, visit OmiseGo’s Reddit, Twitter page and Rocket chat channel.

OmiseGo 2018 Roadmap: Will This Be OMG’s Breakout Year? was last modified: March 28th, 2018 by Abhimanyu Krishnan