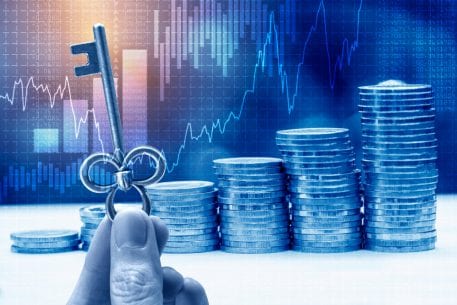 A new form of cryptocurrency, called Saga, launched this week, with an eye toward answering some of the looming questions about the form. Saga was designed with the help of economics experts, such as Myron Scholes, the Nobel Prize-winning professor; Jacob Frenkel, outgoing chairman of JPMorgan Chase’s international business; and Dan Galai, co-creator of the VIX volatility index — all of whom are on its advisory board.

According to Ido Sadeh Man, founder and president of Saga, the idea is to create a “stabilization coin” that operates on a “variable fractional reserve system.” That means its price can rise and fall, depending on the amount held on deposit. That amount will fluctuate in proportion to the usage of the coin, Sadeh Man said.

Like Libra, which has yet to be launched, Saga attempts to smooth over the issues with bitcoin, such as reducing the wild price swings and anonymity that have plagued the world’s biggest cryptocurrency. However, unlike Libra, Saga started from scratch, without the 5.4 billion subscribers to Facebook that Libra will have as a base to attract people. Buyers will also have to pass anti-money laundering (AML) and Know Your Customer (KYC) checks before buying Saga, both of which are concerns related to the safety and security of other cryptocurrencies.

While Saga was initially supposed to be run by a Swiss foundation, it is now helmed in the U.K., as there was a struggle to get clarity from Swiss regulators.

Sadeh Man spoke about the need for a larger regulatory agency for cryptocurrencies, saying his company could not “find anyone to approve its launch or to give a license — because such things don’t exist.” Instead, the company is “self-implementing” a program in the U.K. to make sure its operations run smoothly.

Yet, he and other financial experts have agreed that the clock is running out, and they need to find a viable solution to oversee the entire cryptocurrency system. Some ideas batted around include the G20 group of rich bankers, the Financial Stability Board or the Bank for International Settlements, but nothing is set in stone yet.

Libra, which is intended to launch next year, attracted concerns common to cryptocurrency — namely, that the frameworks to deal with corruption seemed weak to financial experts. However, cryptocurrencies have caused financial experts to revisit questions over what forms money can take, and how payments can be recorded, according to Federal Reserve Governor Lael Brainard. She said cryptocurrency has grown rapidly in the last decade, and bitcoin’s market capitalization sits in excess of €100 billion (nearly $111.3 billion USD).