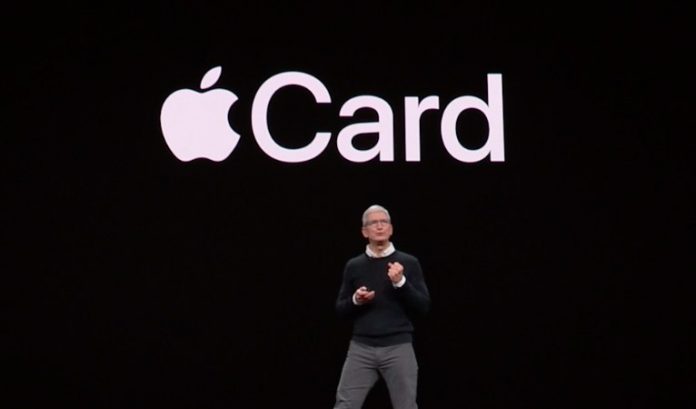 Apple is releasing a new credit card in a partnership with Goldman Sachs, but the terms of service reveal that it explicitly restricts cryptocurrencies and other cash alternatives.

The new credit card from Apple is supposed to be technologically innovative by coming in both digital and physical versions and not using a 16 digit number nor CVV code and has an annual percentage rate (APR) between 13-24%. The card is already being beta tested by Apple employees, Apple CEO Tim Cook revealed during the earnings call on July 30. However, the Terms of Service, recently disclosed on Goldman Sachs’ website takes a strict stance against cryptocurrencies and other “cash equivalent” items.

The terms and conditions also allow Apple to decline any transaction “for any reason” and Apple has the ability to disconnect the credit card from the device if the user decides to modify, root, or jailbreak their device.

As a tech company, Apple has also been hostile to cryptocurrency in the past by restricting the freedom of cryptocurrency apps and wallets in their App Store in 2014. Blockchain.com was one of the wallets removed from the store and they quickly issued a scathing blog post decrying Apple’s actions.

“These actions by Apple once again demonstrate the anti­-competitive and capricious nature of the App Store policies that are clearly focused on preserving Apple’s monopoly on payments rather than based on any consideration of the needs and desires of their users”.

After user backlash, Apple added many wallets and apps back to their App Store, but they continued to be critical of cryptocurrency projects. In September of 2016, Apple even reached out to Jaxx multi-cryptocurrency wallet and CEO, Anthony Di Iorio, and said he was required to remove support for Dash, but was later re-added. It wasn’t until June 8, 2018, Apple finally defined its cryptocurrency rules for the App Store that gave users and developers more clear guidelines.

Dash working to become an alternative to restrictive payment services

While many cryptocurrencies have a goal of becoming an everyday payment alternative, at present adoption is limited in most of the world, forcing users to still rely on services such as credit cards to make purchases, presenting a persistent censorship vector even for those owning mostly censorship-resistant digital currency. Dash is providing individuals a way to have complete monetary and fiscal independence by not having to worry about accounts randomly or abruptly shut down or being charged unanticipated fees. Dash is already providing these option in Latin America through the Kripto Mobile partnership that has Dash application already pre-downloaded onto their phones when purchased. This can also help avoid the confusion that arises by having consumers find the respective apps in App Stores. Dash is working hard and fast to on board as many merchants and partnerships around the world, such as Kamoney bill pay in Brazil, to make living off of Dash a reality.