New Flavors Of Crypto — For Fraudsters? 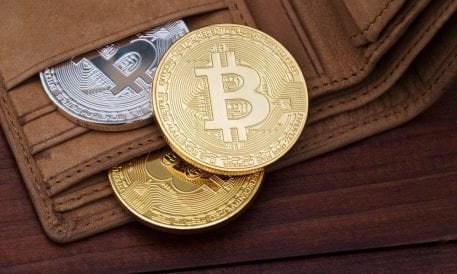 Cryptos are becoming the Baskin Robbins of the finance world.

Lots of flavors, but too much, in general, can not be good for you.

It seems that every time bitcoin and other cryptos gain some footing or seem on a general upward trend, even taking into account volatility, the space gets  bit more crowded, with new variations on a crypo theme, or where new exchanges promise to make trading digital coins easier, and presumably more liquid, than ever.

At this writing, on Thursday (Aug. 29), bitcoin was changing hands at roughly $9,500, which is down markedly from nearly $12,000 seen at the beginning of the month. The price is down roughly 7 percent in the past day. One reason might be the fact that, at least according to some proponents, bitcoin and other crypto offerings have been regarded as a safe haven from currency swings (think China) amid ongoing trade conflicts and geopolitical concerns. The news Thursday (and we note, things are fluid) was and seemingly is that China will not retaliate amid tariff escalations.

Thus: stocks roared, and cryptos soured. Maybe it’s a form of rotation among investors — maybe not. Maybe the recent downturn has been tied to worries that Facebook, under the increasing gaze of various regulators, may not get its own flavor of crypto out into the market and the light of day.

Nonetheless, some crypto-focused backers are bringing new flavors to market. Does a wider berth spell a smoother road ahead for cryptos — and maybe even mainstream adoption — or is a wider net  being cast that may ensnare enthusiasts in a net of unwitting consequences?

Telegram, the messaging app with an audience of 300 million users, will allow bitcoin and crypto trading across Button Wallet. This week, Button Wallet said it has debuted a free “crypto currency testing playground” that is now being tied to the Telegram Open Network.

Telegram, for its part, is looking to bring its own cryptos to market within the next two months. As sites like The Verge have reported, Telegram has a deadline to offer up those cryptos — or forfeit the $1.7 billion it raised to do so. In at least one teaser of availability, Button Wallet has said it will give away “a small number” of the Gram crypto, in what is being called an effort to encourage adoption.

This seems a bit like the sample spoons at your local Baskin-Robbins outlet.

We’ll stop with the ice cream analogies, at least for now. But the giveaway raises a question about the markets — and about security.

As reported, the mechanics are thus: The Telegram user activates the wallet and gets 6.6 “testnet Grams” for their account. Amid all that, there have been reports that Telegram has a glitch in place that means phone numbers have been leaked.

In the meantime, those who receive the “test” cryptos will be able to “practice” trading the cryptos, as reported by Forbes.

Will practice make perfect — for fraudsters?

The news of the trading testing ground, and of the Telegram blockchain-underpinned network that will enable it, comes the same week that the Middle Eastern Media Research Institute (MEMRI) has said Telegram attracts terrorist groups that leverage cryptos for their nefarious deeds.

The fact that all users will receive crypto wallets means that the bad guys will, too, according to reports. That’s according to Steven Stalinsky, who serves as executive director of MEMRI.  At particular risk is the TONPayments platform that will be deployed for crypto transfers and micropayments.  As reported in Decrypt Stalinsky has said that the TONPayments offering will be built into the Telegram messaging app, and so would ostensibly be easily accessed by terrorists.

As MEMRI has written, “While concern about the threat of cryptocurrency use by bad actors, especially terrorist groups, is absolutely warranted, the focus should be not on Facebook but on the encrypted messaging app Telegram, known for some time to be a favorite of terrorists and jihadis, including ISIS, and already being used for fundraising by terrorist groups. This threat is now growing exponentially … Counterterrorism officials need to be prepared for the coming explosion of terrorist use of Telegram’s cryptocurrency.”

Not the type of wider adoption that had been hoped.