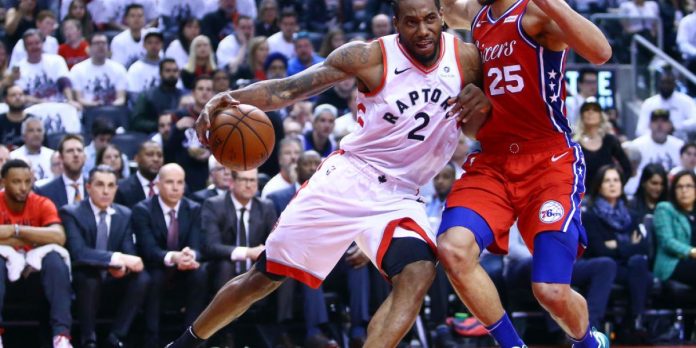 In 1989, basketball fans could buy a Michael Jordan trading card if they wanted to own a little piece of property connected to the NBA’s most popular player. Now, 30 years later, comes a digital equivalent in the form of collectible player highlights that fans can buy and sell like trading cards.

On Wednesday, the NBA, the NBA Player Association, and blockchain company Dapper Labs announced the launch of NBA Top Shot, which invites fans to own action moments from the league’s history—such as a Kevin Durant 3-point shot or a Joel Embiid dunk, or perhaps Kawhi Leonard’s winning basket in this spring’s Game 7 against the Sixers.

Instead of a physical card, what fans will own is a clip of video that’s been converted into a unique digital token and inscribed on a blockchain. There will be a limited number of each highlight for sale, and those in the same batch will differentiated by a distinct digital marker. Owning the tokens will also allow fans to participate in an upcoming fantasy league of sorts—pitting their collection of digital players against other teams.

All of this will be driven by blockchain technology, which creates a permanent tamper-proof ledger of property and transactions. Dapper Labs, which will operate NBA Top Shot, has been a pioneer in the field of digital collectibles, most notably for CryptoKitties, a digital cat exchange that saw some unique felines sell for more than $100,000.

“The community that will bring about a mainstream moment for blockchain is the NBA,” Dapper Labs CEO Roham Gharegozlou tells Fortune. “It will be a new type of digital collection experience.”

The project is going live later this year—for now the NBA has a splash page where fans can sign up—and some important details are yet to be announced.

“This [will be a] groundbreaking game and what we believe will become coveted digital collectibles for basketball fans around the world,” Adrienne O’Keeffe, a senior NBA executive, said in a statement.

Among the missing details are the price of the various collectibles and how they will be sold. Presumably, a clip of Kawhi Leonard’s playoff winning jump shot will be more valuable than one of a regular season free throw—much like a Michael Jordan rookie card fetches far more than the card of an NBA bench-warmer.

According to a Dapper Labs marketing executive Caty Tedman, certain iconic collectibles—like the winning Leonard basket—will likely be sold at auction, while other moments will be sold at a fixed price. She added that NBA Top Shot may also offer a number of free collectibles to let fans try out the experience. There will also be a secondary marketplace where fans can buy “used” collectibles or sell their existing ones.

But there is the question of whether existing blockchain technology will be able to register and track what could be millions of collectibles. When Dapper Labs’ Collectible Kitties took off in December of 2017, the blockchain network supporting it—known as Ethereum—buckled, and the digital cat market ground to a near halt.

Gharegozlou said Dapper Labs is still weighing various blockchain options, though Ethereum appears to be the most likely choice. The company is hoping promised improvements to the Ethereum network will allow it to support a new volume of activity.

Finally, it’s also uncertain if digital collectibles will take off with fans, especially if they are backed by a novel technology. Major League Baseball, for instance, launched blockchain versions of player cards in August of 2018, but so far the project has attracted little attention.

On the other hand, NBA Top Shot’s decision to offer live action highlights, and introduce a game element, could make a more compelling case for fans to try it. The project may also gain traction from the participation of Dapper Labs, which has made a name for itself with so-called “non-fungible tokens” (such as CryptoKitties) and recently introduced a new blockchain-based battle royale game called Cheese Wizards.

—What people get wrong about artificial intelligence and China

—The trouble with regulating big tech

—Will A.I., blockchain, 5G, and VR give companies a competitive edge?

Follow Fortune on Flipboard to stay up-to-date on the latest news and analysis.