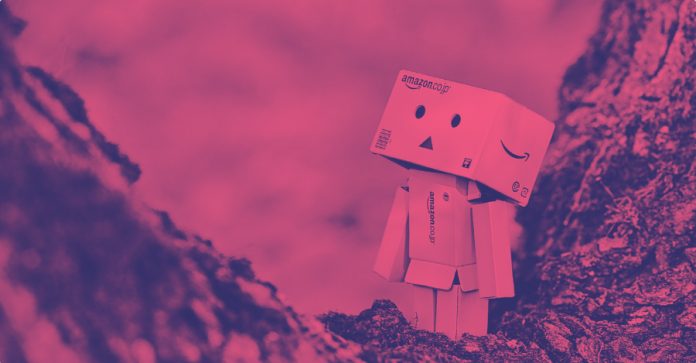 NEW YORK—Morgan Creek Capital CEO Mark Yusko made a keynote speech at the Digital Asset Summit today where he provided the audience with some simple yet perhaps controversial advice: sell your Amazon shares and buy Bitcoin.

Yusko argued that Bitcoin is the next groundbreaking technology, and that it is currently the greatest wealth-creation opportunity there is.

On blockchain, he said, “The genie is not going back into the bottle. It’s coming. The great news about that is it’s going to create the greatest wealth in the history of mankind.”

Yusko first heard about Bitcoin in its early days and encouraged his son to check out plucky startups like Coinbase and Xapo—only for his son to ignore his input and go to work elsewhere. Yusko later met Anthony Pompliano during an investment into Uber, and after long conversations decided to hire him as CEO of a newly created subsidiary, Morgan Creek Digital, which invests in blockchain products and companies building them. In October, Morgan Creek Digital revealed in an SEC filing that it has raised $61 million for its blockchain fund so far.

A large chunk of Yusko’s speech today was spent comparing the early days of the Internet and the current technological development of blockchain and cryptocurrency. In 1996, Morgan Creek Capital invested $5 million in Sequoia, which used some of that money to invest in Google. He said Google was, at the time, the sixteenth-most used search engine, and nobody knew that it had better technology because they didn’t know what an “algorithm” was.

That investment turned into $200 million. But, he argued, Web2 is no longer the best opportunity for striking it rich.

“Get rid of Amazon. Slide out quietly, no one will pay attention. Sell it. Amazon—dead money for a decade,” Yusko said. He reasoned that it would take decades to get even a 10% return on investment, since for every dollar you put in, you would need to turn it into $97 just to break even.

Instead, Yusko said that Bitcoin presents a much more attractive offering.

He added that people that worry that Bitcoin can’t scale shouldn’t fret. It’s simply the base layer of this new technology, in the same way TCIP was for the Internet, he said. The necessary scaling will be built on new layers on top of the first. And once the technology is ready, he said, it will be very valuable.

“The great news about that is it’s going to create the greatest wealth in the history of mankind. First 10 trillion-dollar company, first trillionaire, it’s all going to come out of this space. Because what we’re doing is fundamentally changing the way we exchange value,” Yusko said.

“What we’ve been telling institutions is pretty simple. Folks, you’ve got to put one percent of your assets in Bitcoin as digital gold. It’s way better than gold,” he added.

“Put your one percent in that chaos hedge, that shmuck insurance. But then have three to five percent in building out the pipes, building out the infrastructure, backing the companies that you all are forming, so that we can create this new ecosystem—that doesn’t even start until 2024.”

Yusko recounted that technologies such as the mainframe, the microchip, the personal computer took years to develop and called 2024 as the year that this technological evolution will arrive, which he called the “trust net.”

“You heard it here first,” he said.

While Web3 is known as the Internet of money, or the Internet of value, he argued it really should be called the “trust net.” He said that you can’t trust photos or videos nowadays, due to photoshopped images and deepfake technology. And so, blockchain’s killer use case is about “trust.”

“What we need is a certificate of authenticity. That’s what blockchain technology does, you can do it for money, like Bitcoin,” said Yusko. “You can do it for those identities. You can do it for every picture, video—everything in the world will be authenticated on the trust net and that creates a whole other set of opportunities for the institutions to back.”

He added, “Every asset in the world is going to get tokenized.”