Melonport dissolves in favor of its protocol, setting a new bar for the blockchain world – TechCrunch 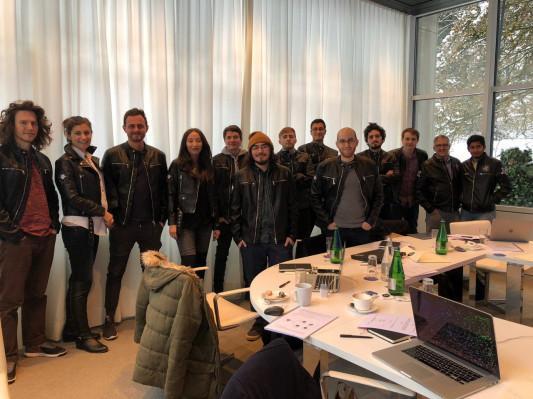 In the world of blockchain, it is the sector of Fintech where most think Satoshi’s invention will have the greatest impact. And in finance there are few more elite worlds than those of asset management. So it’s of some significance that a two-year long project to disrupt and open up this world using blockchain has now come to fruition.

Last Friday in Zug — a small provincial Swiss town which has embraced crypto startups — the Melonport startup consciously chose to dissolve itself and release its Melon protocol on the world of asset management. It will now build its company on a blockchain protocol it doesn’t control. The precedents for this kind of move in the tech world are many. It’s not unheard for a startup to release an Open API and let other potential competitors to build on it, while hoping they will be good enough to beat others. And Redhat, long ago, built a huge company on top of the open-source Linux software.

What is different here is that Melonport built the Melon Protocol on the Ethereum blockchain, but it will no longer have the majority say on how that protocol develops. No-one will technical ‘own’ the Melon Protocol, but the founders of Melonport have entrusted its development to an independent ‘Melon Council’, which will provide governance and direction as it develops. What was Melonport will now morph into a new company called Madeeba to built tools on top of its creation. Madeeba will hold one seat on the Melon Council.

Fans of Stars Wars will have to forgive me, but it’s not unlike Obi-Wan Kenobi becoming stronger in ‘The Force’ by allowing Darth Vader to kill him off. Augur is the only major crypto platform to do the same as Melonport: letting the community run the software. Augur has grown steadily too, showing this methodology can work.

Melonport founder and now Madeeba founder Mona El Isa told me: “We always promised we would step back and hand over the protocol to a decentralized governance process. This is designed to consider all the stakeholders, the token holders, the developers, and the users (the managers and investors).”

Blockchain technology has the potential to radically transform business and allow community-owned networks. However, getting the governance right is key in this space. That’s why creating a system which prevents co-option and capture by vested interests is so important. Other blockchains, such as EOS, have been criticized for being in thrall to a limited number of nodes, for instance.

The Melon Council is composed of the Melon Technical Council (MTC) and representatives of Melon Exposed Businesses (MEB). The first seats of the MTC have been assigned by the outgoing Melonport team to:

Each Melon Council member will be issued a token that represents their membership into the Melon Council. They will then be able to use that token to make proposals and vote on key issues.

The Melon Council will also be powered by aragonOS, a Solidity framework on the Ethereum blockchain, which allows anyone to create, manage and participate in complex decentralized organizations.

“We’re doing this so show that we were serious about building a decentralized system. If we stuck around everyone would be relying on us to be the sole maintainer of the protocol, or they might suspect we have some kind of bigger influence,” El Isa continued.

In the race towards decentralized asset management, there have been other attempts to create new vehicles, such as Iconomy, CoinBlock, but its fair to say none has been as successful or as long-lived as the Melonport project.

Madeeba will now aim to build a user-friendly product, “so anyone could setup a fund and not even feel you’ve enter into the blockchain space,” says El Isa. A sea of hands (belonging to both traditional and non-traditional asset managers) went up in the room when people were asked if they would pilot both Madeeba and the protocol.

Travis Jacobs — the lead Melon protocol developer and who’s worked on blockchain since 2011 — told me he said he decided to work on Melon, to have an effect in an industry that is “sort of shuttered and only accessible to an elite few. It was a great opportunity to spread a democratic effect so anyone could set up an investment fund.”

In dissolving itself in favor of anon source protocol on which it plans to build its own products, the example set by Melonport could have wider ramifications in the nascent blockchain world.

The next time anyone sees a startup announce that it’s working on a ‘blockchain protocol to rule them all’ the next question to be asked should be: how will that protocol operate for others, and how will it be governed? Because governance has become one of, if not the key questions the brave new world of blockchain must answer.