Many Token Crowdsales No Longer That Open to the Crowds

The ICO was hailed as the new IPO, offering a more egalitarian way of raising funds. The fact that crowdsales bring in millions of extra dollars and create an active community from day one doesn’t hurt either. In 2017, the initial coin offering was the fundraising model that had venture capitalists looking on enviously. 2018 began in the same vein, with the public piling into ICOs with gusto. On paper, January’s results look highly impressive, with millions of dollars raised in record time, but the process has now changed. In many cases, the public sale feels more like an afterthought than the main event as ICOs revert back to IPOs in all but name.

Also read: ICOs Raise Over $1 Billion in a Month for the First Time

From IPO to ICO and Back Again

From Legolas to Blockport and Storecoin to Celsius, many of this year’s most notable token projects are either skipping or skimping on their crowdsale. Initial coin offerings were seen as an ideal way of bootstrapping startups and onboarding a sizeable community from the get-go. These benefits have had to be tempered, though, with the disadvantages of a less tech-savvy and more impatient group of investors to contend with. From crowdsale participants spamming Telegram groups with “When exchange?” memes to newbs falling prey to blatant phishing attempts and then crying for more regulation, opening your project to the public is not without its pitfalls.

Even when the general public are on their best behavior, there is the ever watchful eye of the regulators to appease. In 2017, it was widely assumed that labeling your token as a utility would be enough avoid the clutches of the SEC and their international counterparts. In 2018, that’s no longer the case. Given the hazards associated with offering potential security tokens to non-accredited investors, a number of prominent crypto startups have decided to eschew public investors altogether. These include securities token platform Polymath, whose product, by its nature, all but necessitates a private-only sale. 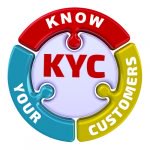 Crypto startups are faced with a quandary: they need to attract public interest to ensure future success, but have no desire to expose themselves to the risks this brings. Of the ICOs to have held public sales this year, the majority have conducted meticulous KYC and AML processes. Legolas, for example, which accepted contributions only in bitcoin, required participants to disclose extensive information about their funds, stating “Please provide as much detail as possible about the origin of the BTC”.

Essentia.one founder Matteo Zago believes the transition from public to private sales is inevitable, telling news.Bitcoin.com: “Startups are looking to build long-term partnerships with investors who can supply something beyond merely capital. That could be expertise, by lending their experience to the project, or simply connections to exchanges, platforms, and incubators in the crypto space. As a result of this trend, we’re seeing more tokens sold in private or pre-sales, which means there’s less available to the general public.”

This tallies with the investment policy being lined up by startups like Metahash, a high speed blockchain set to launch later this year. Its private sale seeks “experts who are ready to participate in the discussion of the project before its public launch and, possibly, join the #MetaHashTeam”. It continues “We are not interested in the amount [of ETH], but rather in your expertise. We want experts from different fields to participate in the Private Round.” As one Twitter trader moaned: “Right now it’s a landgrab for allocations to the best ICOs with increasingly higher percentages going to pre/private sales…This means smaller caps for most investors, especially when they are limited to public sale rounds”. The public may have fueled the ICO phenomenon, but if current trends continue, the next wave of crowdsales will be conducted minus the crowd.

Do you think a shift to fully regulated and accredited private sales is inevitable? Let us know in the comments section below.

Get our news feed on your site. Check our widget services.